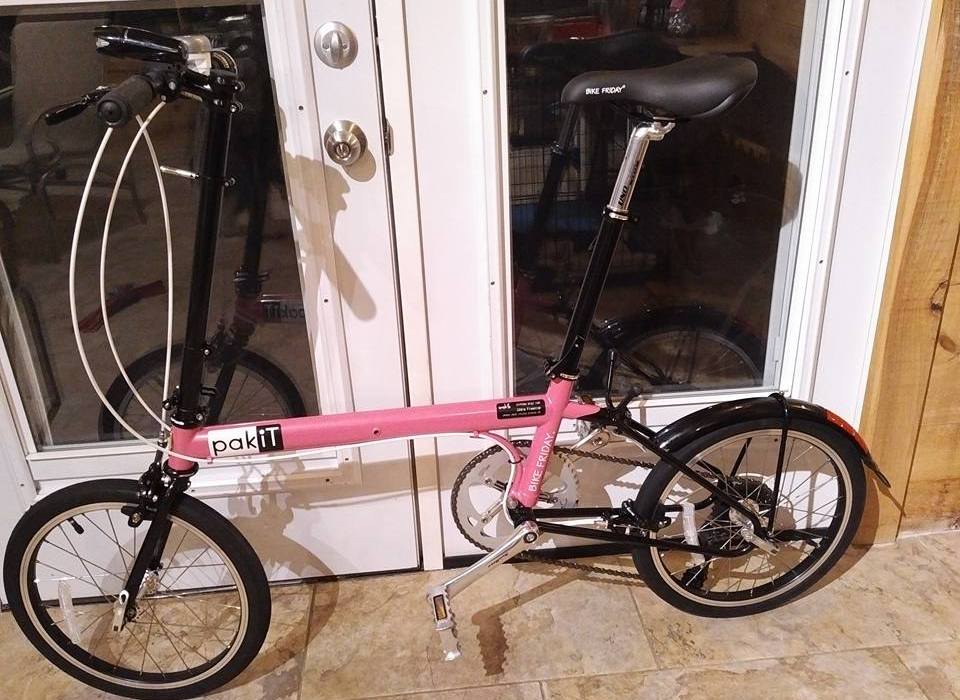 It is hard to believe, that a month has passed since my custom made, pakiT arrive. Yep I picked Pink and White, because I could and because I love how vibrant the colour is. I have never “named” one of my bikes before, but I really can’t help myself with this one… she is “Polly” pakiT 🙂

Over this past month I have put Polly to the test including flying her to Ottawa on Air Canada. The performance of this bike is both amazing and unexpected. I really knew very little about folding bikes but in just one month of riding I have learned a ton! 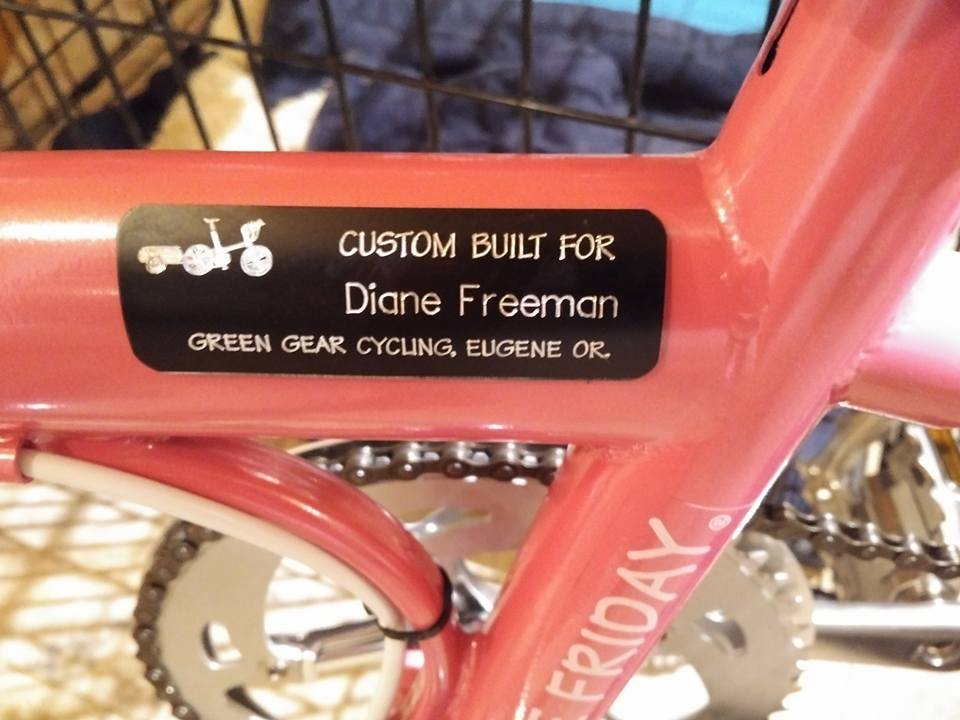 The bike was made, just for me, by “the Green Bike” company in Eugene Oregon. They are marketed under the brand of Bike Friday. 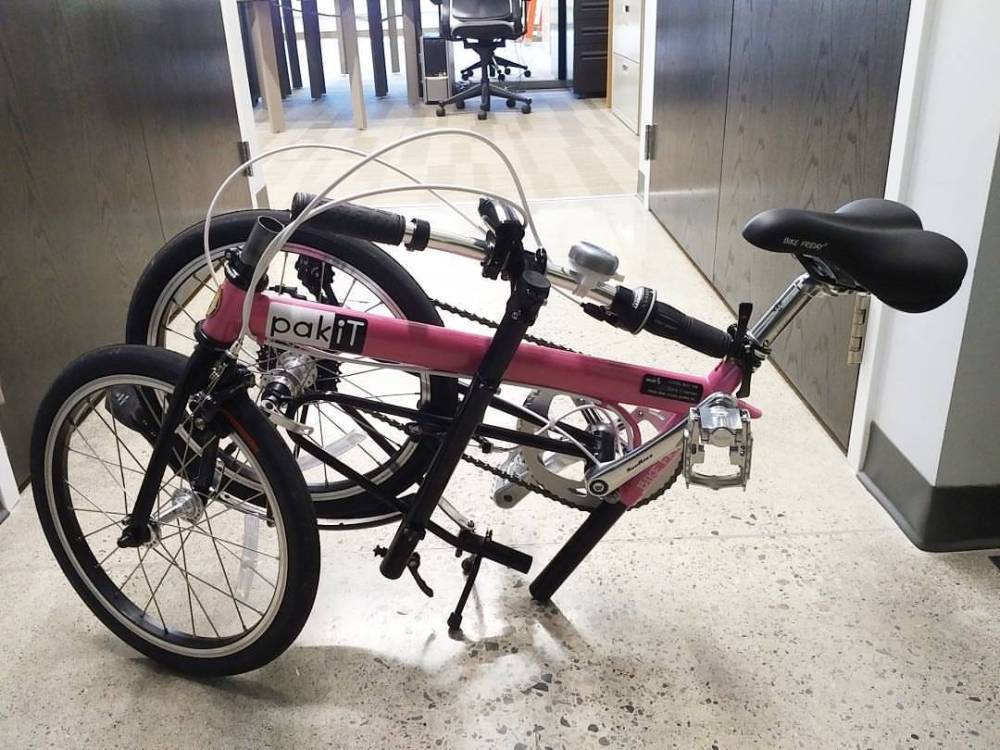 I would like to expand a bit on the travel time. The following is from the Bike Friday website and describes the travel distance very well as “Better Gearing”. The website goes on to say “Small wheels don’t equate to slower speeds, or having to pedal more. What gives you speed when you pedal is the distance that the wheel travels for every full revolution of the pedals, this is called gear inches. It’s understandable to assume that a smaller wheel would have fewer gear inches than a conventional bike, because with the exact same gearing it does. But folding bikes compensate for this by using higher gear ratios. Take for instance a folding road bike like the Pocket Rocket, which uses a 53 tooth chain wheel and 9 tooth cassette cog to achieve 116 gear inches. That’s nearly 10 feet of travel for every full rotation of the pedals, which is just as good, if not better, than any standard full-sized road bike.” 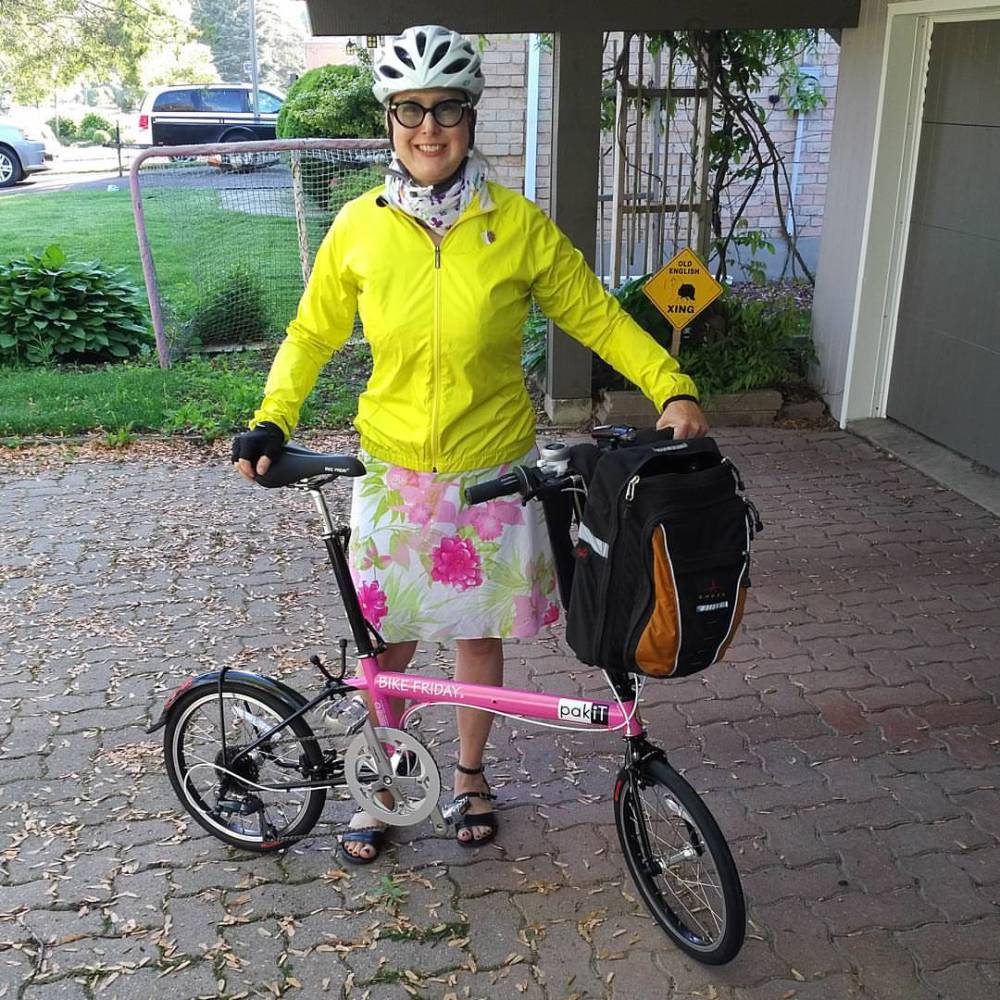