From Norway with love…on two wheels

My wife and I recently returned from biking the fjords of Sunnhordland, the southern coastal regions of Norway, where, according to one local, the street names are really novels because they are so long. 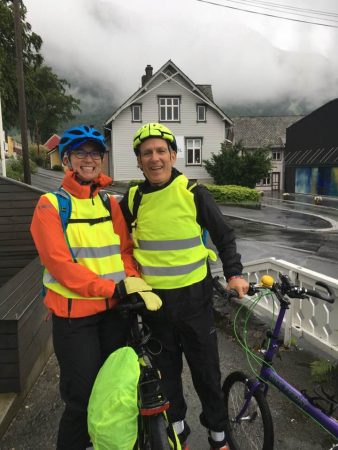 We started in Bergen, Norway’s second largest city and one its rainiest, where my wife picked up her rental bike. Because she hadn’t biked much in the past 30 years or done any road riding since high school, she opted for an e-bike. I packed my Pocket Llama for the four-day ride that covered over 100 miles along some of the most indescribably breathtaking scenery we’d ever experienced.

The cycling started in Rosendal, located on the southern shore of the Hardangerfjord, rolling past lush farms, incredibly green pastures and hills, towards the islands of Tysnes, Stord, and Halsnoy. We ended up in Skanevik after a ferry ride from Utaker. 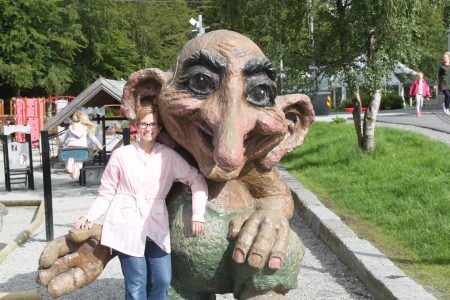 The remainder of the ride was much of the same: rolling hills, gorgeous fjords, and a postcard-perfect landscape dotted with pine forests and little traffic.

Our most “difficult” moment came trying to figure the route out of Leirvik after the touring company warned us it was challenging. Fortunately, a local man, rehabbing his runner’s knees on a bike, accompanied us the right way out of town. Earlier in the day, we’d spent an hour at a local coffee house/bike shop for lattes and minor adjustments to my bike. The owner, a mechanic, and barista, only charged us for the drinks while he treated us to a discussion of Norway, music, and the local scene. 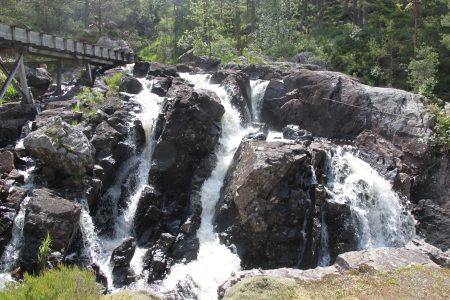 Prepare and pack for rain. Wool clothing is your friend. These are the lessons I learned. I was prepared for inclement weather, but fortunately had Body Glide to help me suffer through cotton underwear. Because this was a self-guided trip, there were times we had to lug our bikes and luggage to a ferry, though the company we’d signed up with usually handled the arrangements. 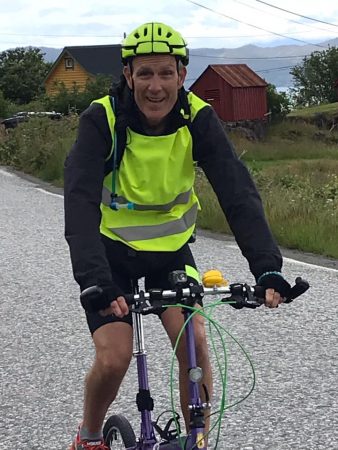 There were 13 of us on the tour, ranging in ages from the 30s to 70s. Some were experienced cyclists, including one who’d biked across the country, and others, such as my wife, hadn’t been on a bike in years. Two older couples have biked extensively through Europe, including a ride over the Alps. One couple was headed for a Copenhagen to Berlin ride after the fjord trip ended. 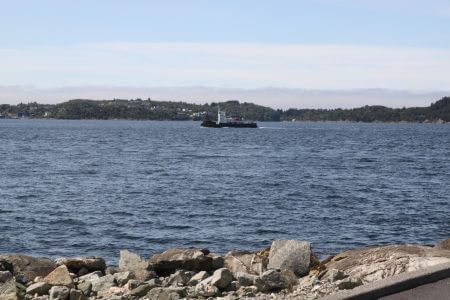 The Norway fjords are special and even more so after we’d experienced them on our bikes. On the plane ride home, my wife said, “We need to take a bike trip again soon.”

Learn more about Steve and his lovely bride here: http://steven-friedman.blogspot.com/

2 thoughts on “From Norway with love…on two wheels”