Finding Hidden Gems by Bike in the Middle East

We just received this great update from Mary D. & Bob S. who recently returned from a trip to Israel and Palestine:

We are a retired American couple who live in France. When we travel by airplane, we cycle on our Bike Fridays. 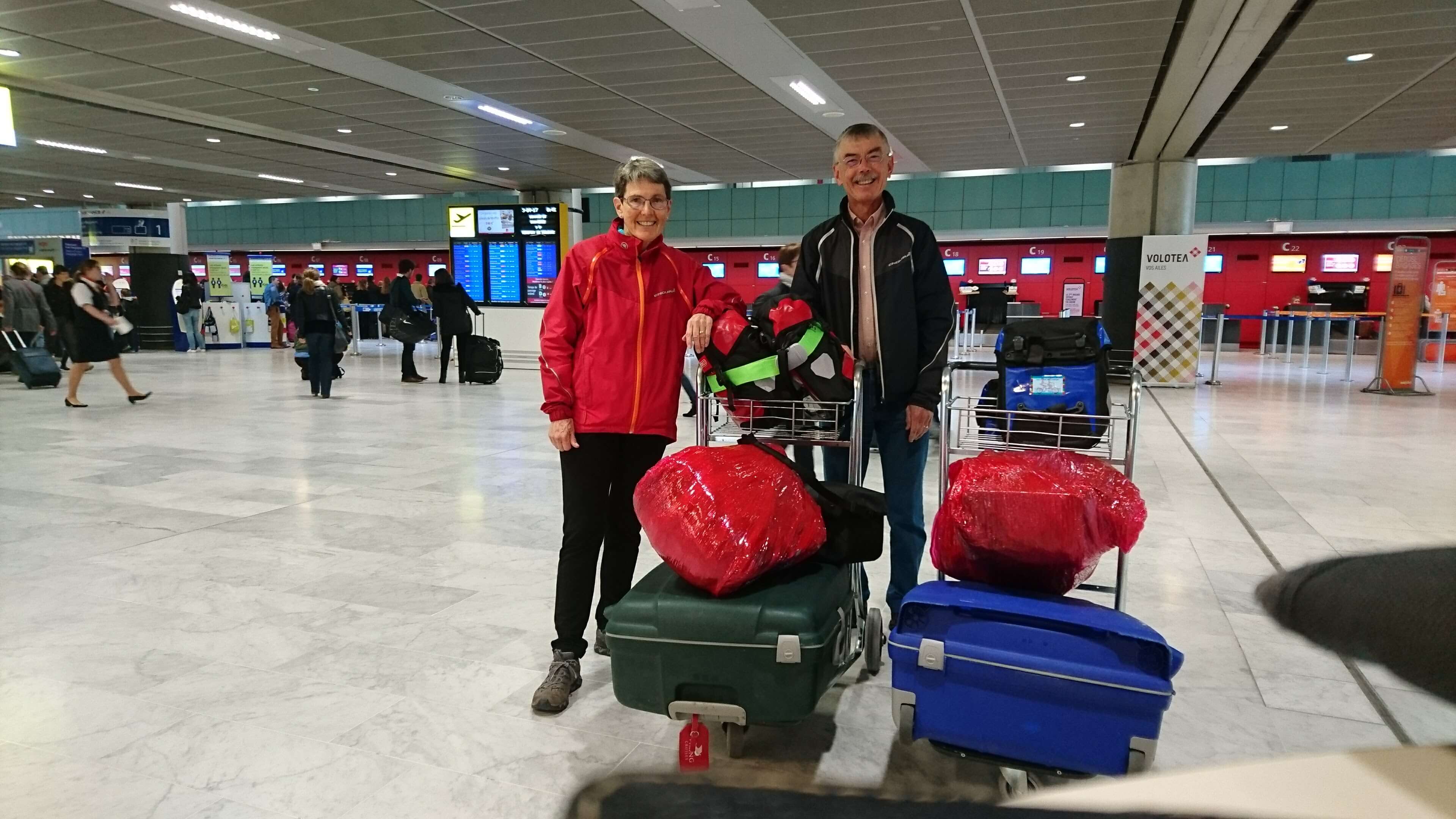 This trip we went to Israel and Palestine/West Bank. The weather in April (2017) was fantastic. There were two hot days of which one that was too hot and too windy in our faces. Otherwise, no rain and comfortable temperatures.

We left Tel Aviv and went along the coast where we occasionally ran into sand. 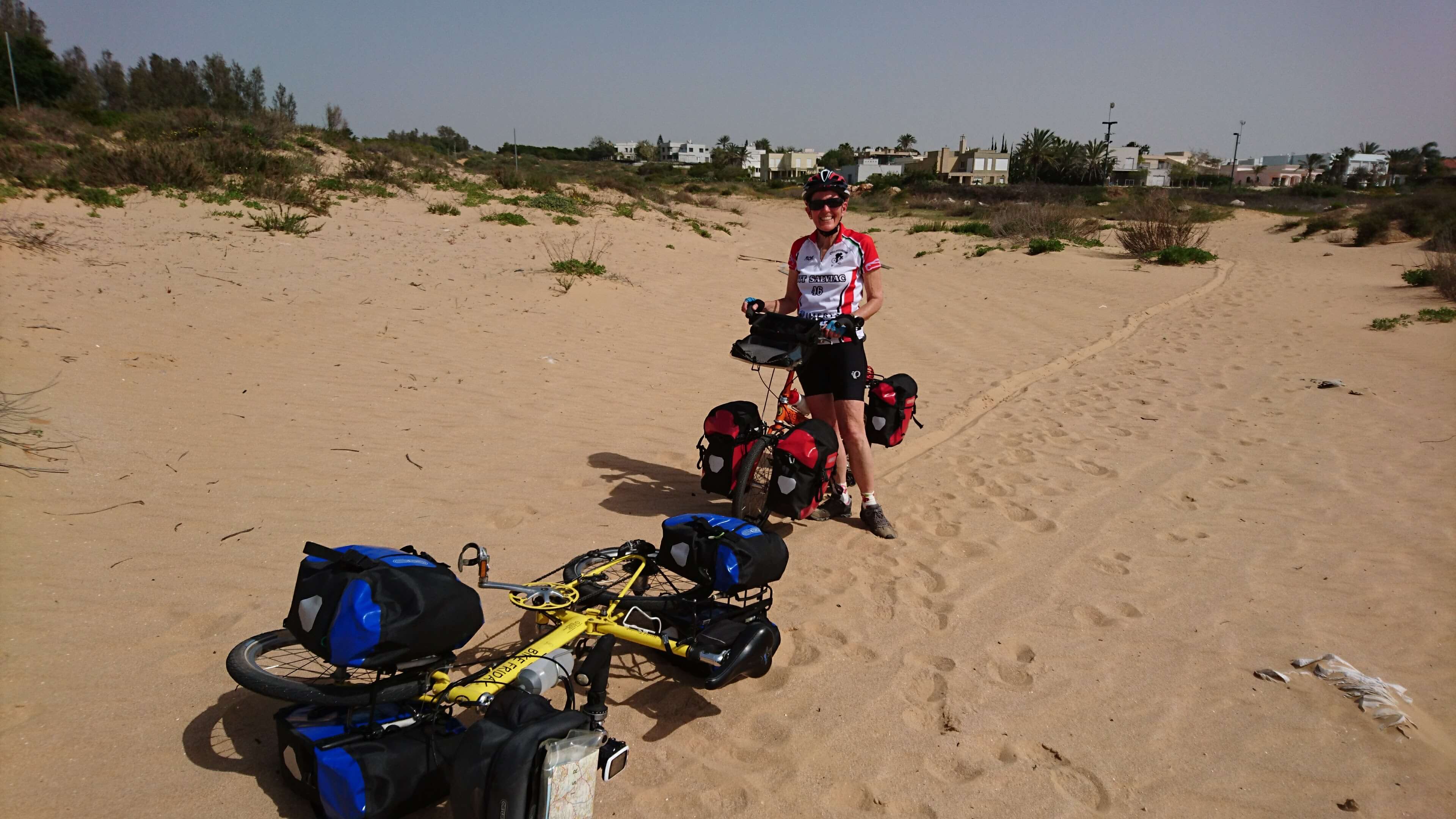 There is some beautiful coastal cycling and some of which is on major roads. 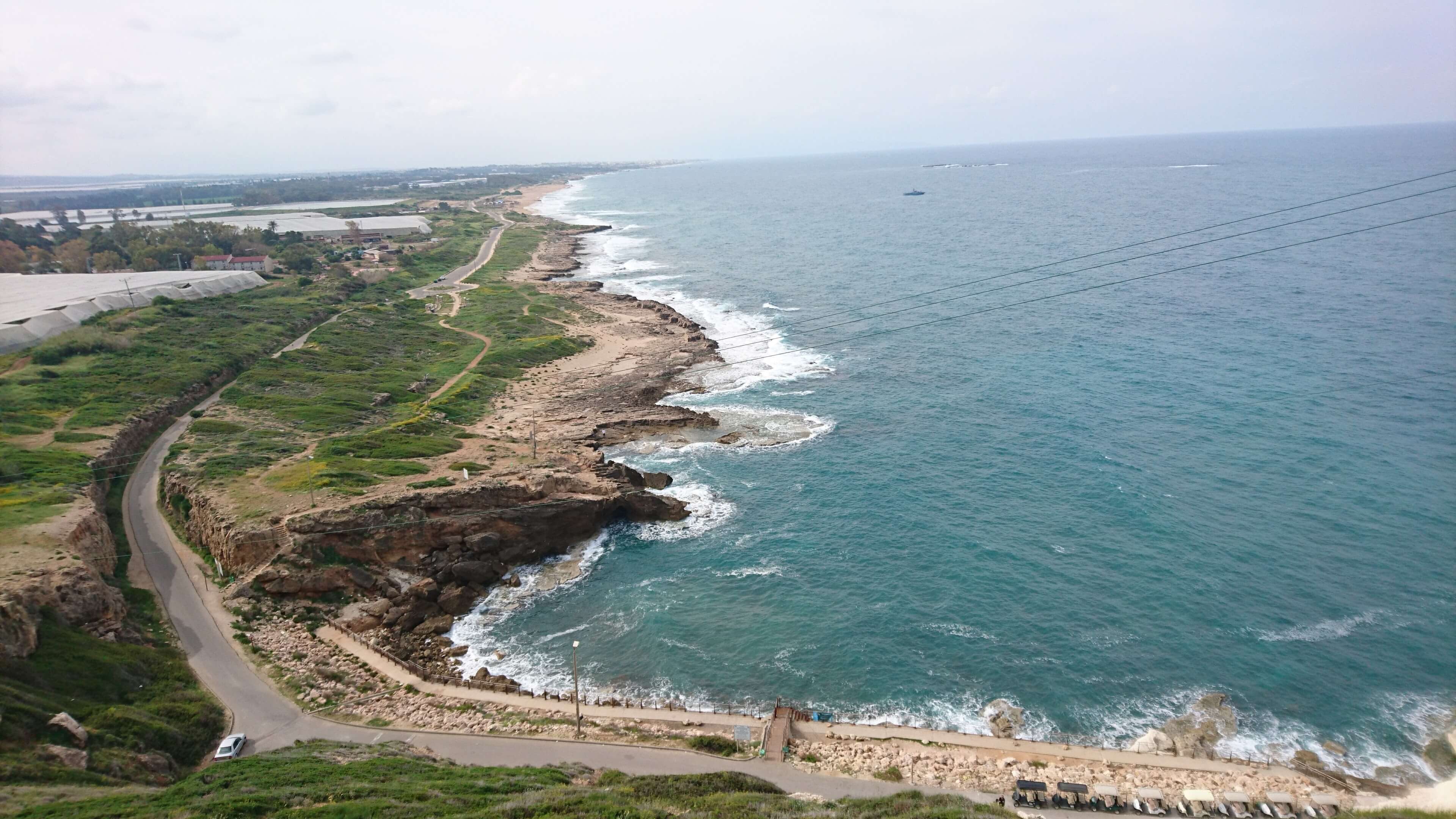 We continued to the Lebanon border where there is a wonderful sea cave, Rosh ha Nirika. 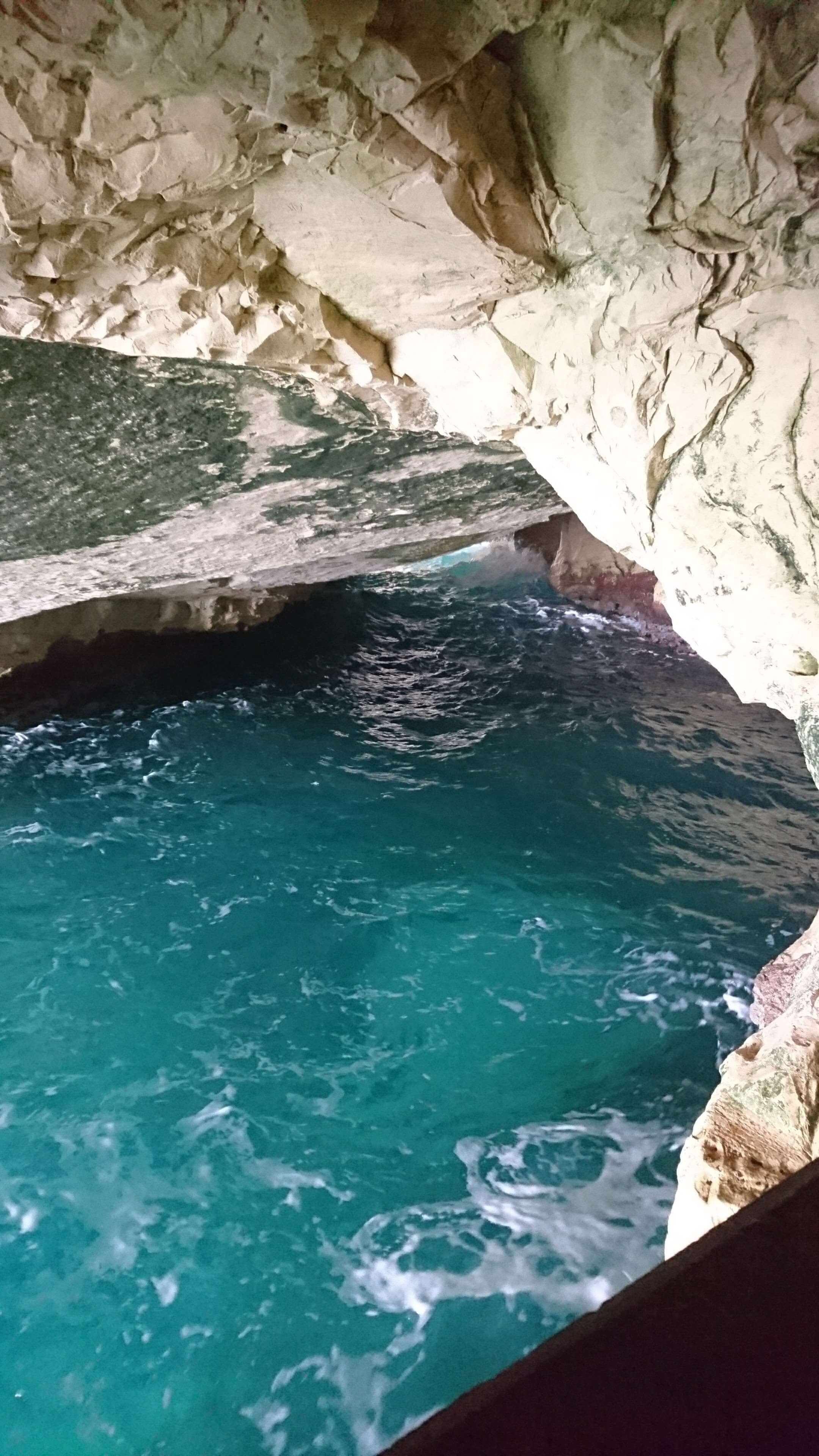 The cycling is often on very busy roads. Israel does not have an extensive network of small roads so to travel from place to place, you end up on main roads. Often the shoulder is wide enough and cycling is okay just noisy. But, usually on the steep up hills, the shoulder is narrow with reflectors and broken glass so the cycling is a challenge.

However, just as you get discouraged you find a scenic road like the one to Mizpe Hila. 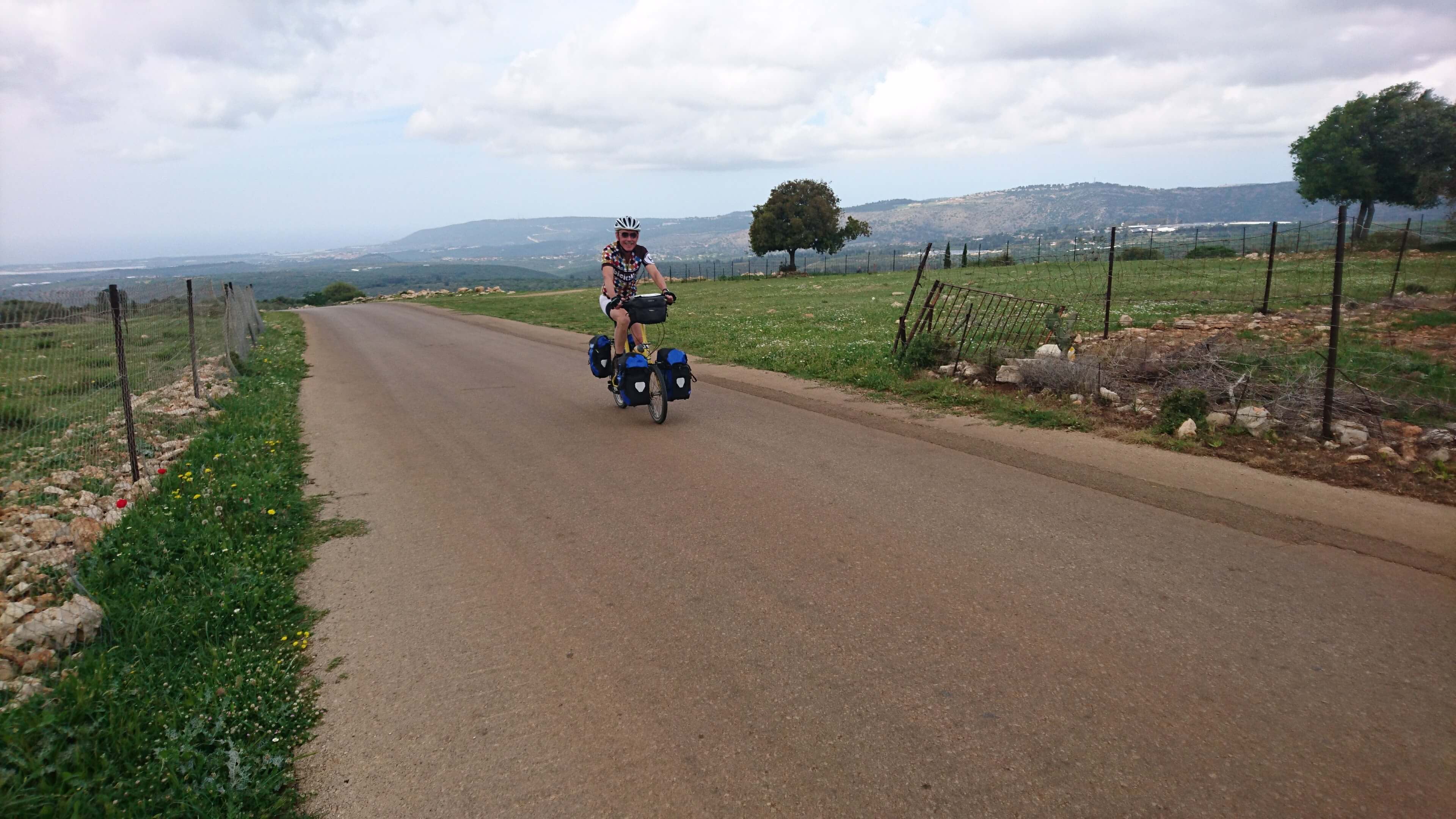 From Mizpe Hila to Nazareth we travelled through several Arab villages. Much of our tourism was to see historic sites and many of those are religious. It was fun to see all the things we learned about when we were children and forced to attend religious instruction classes.

The Sea of Galilee was a wonderful cycle although in Israel one has to be careful. The conflicts between Israel and Palestinian and neighbouring countries does continue. 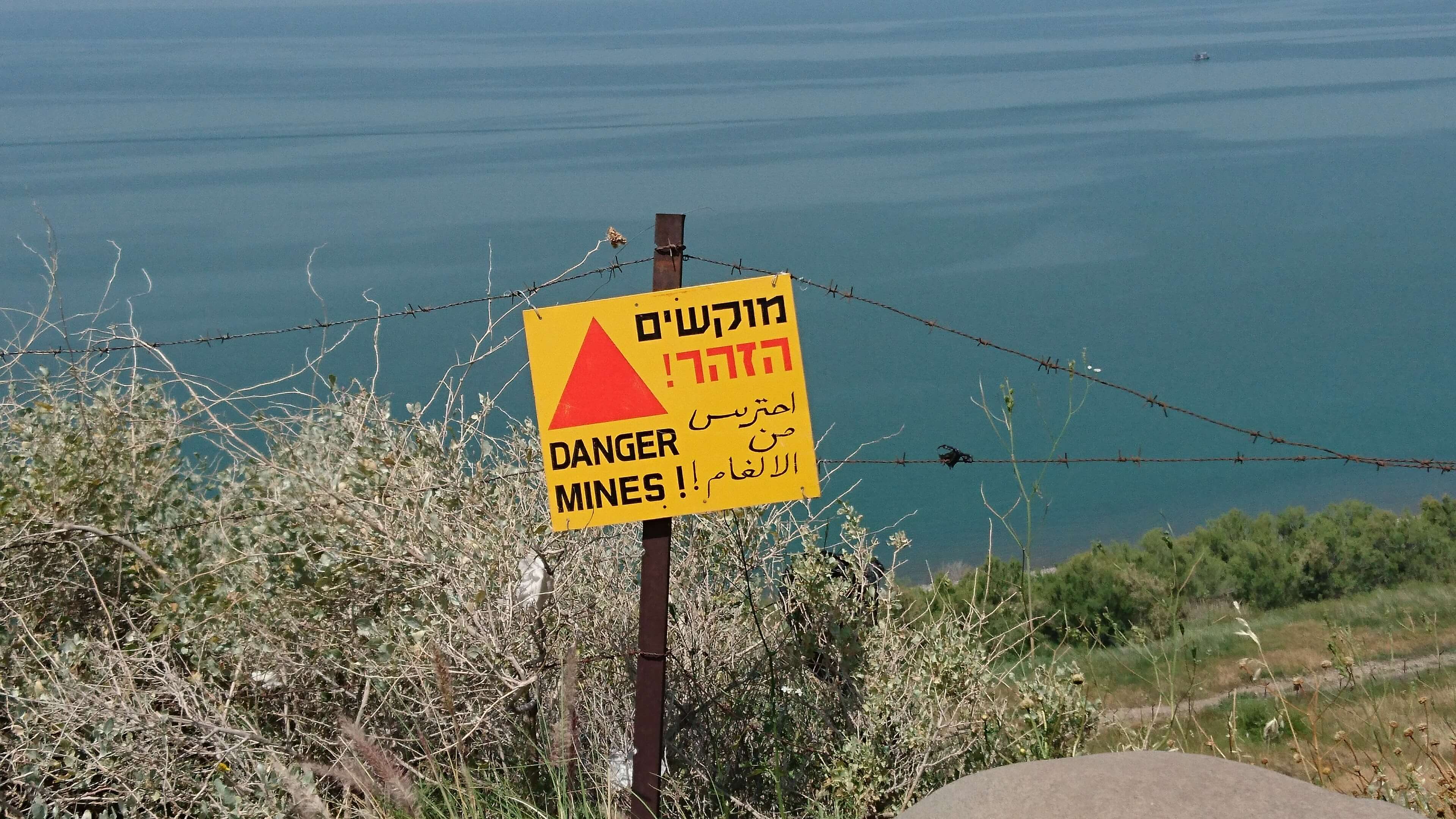 The area is very, very dry. We took a day ride along the Israel-Jordan border and there wasn’t any natural green to be seen. 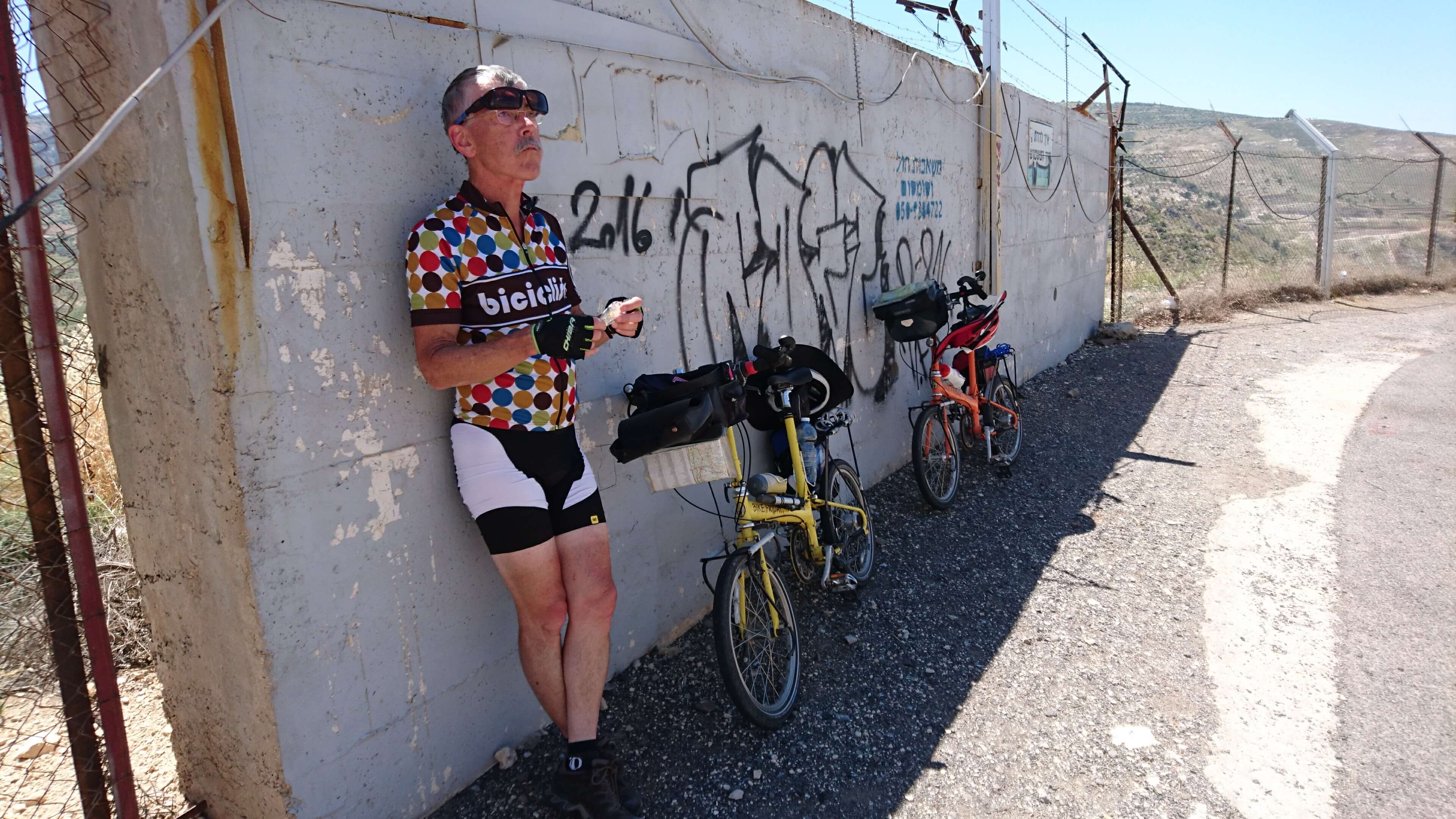 Some of the ancient sites are magnificent. Bet She’an is well-preserved after the earthquake in 749. This site is off the main tourist route and there were 15 – 20 visitors during the time that we were there. 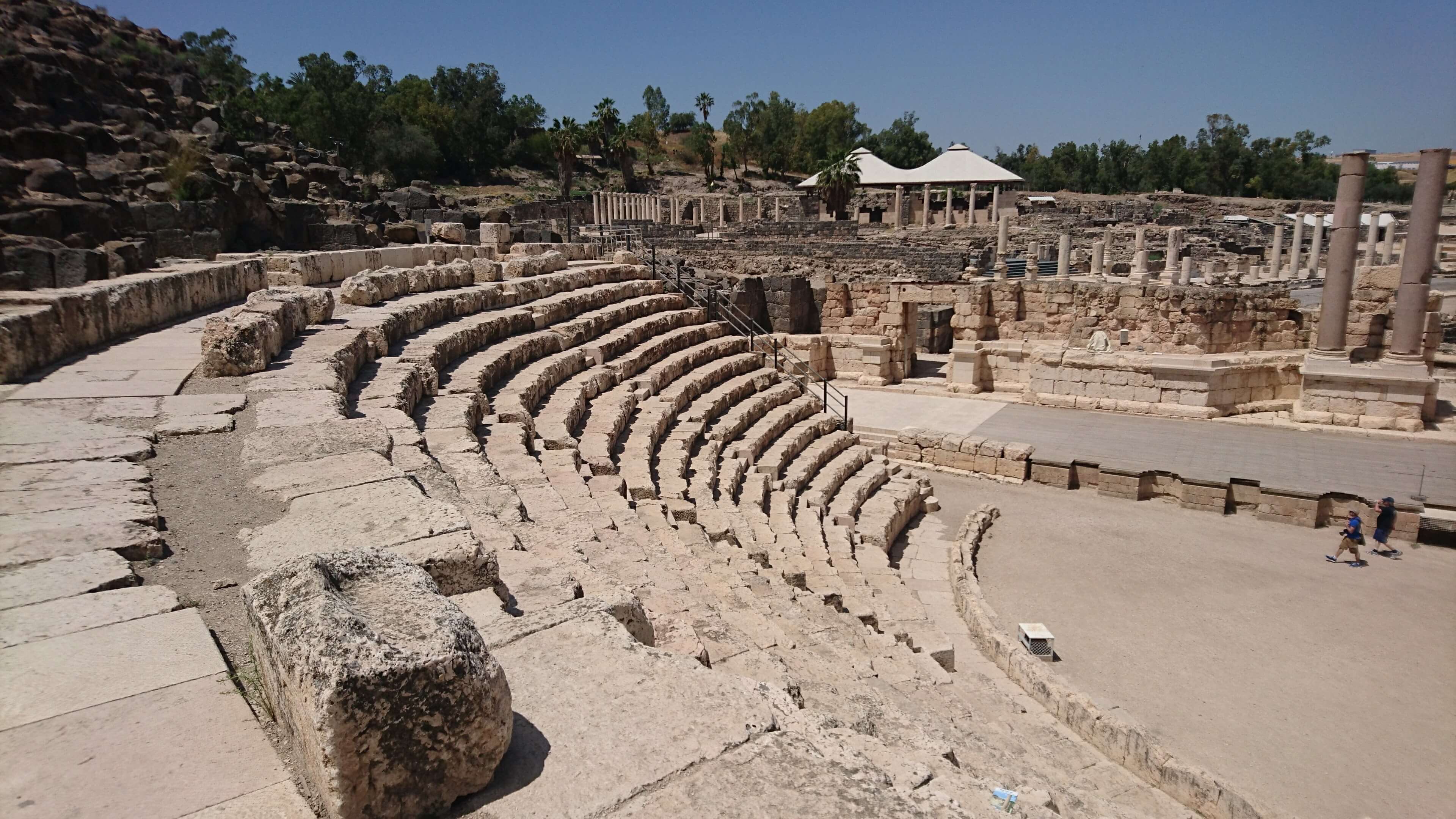 We climbed out of Sea Level before entering Palestine. 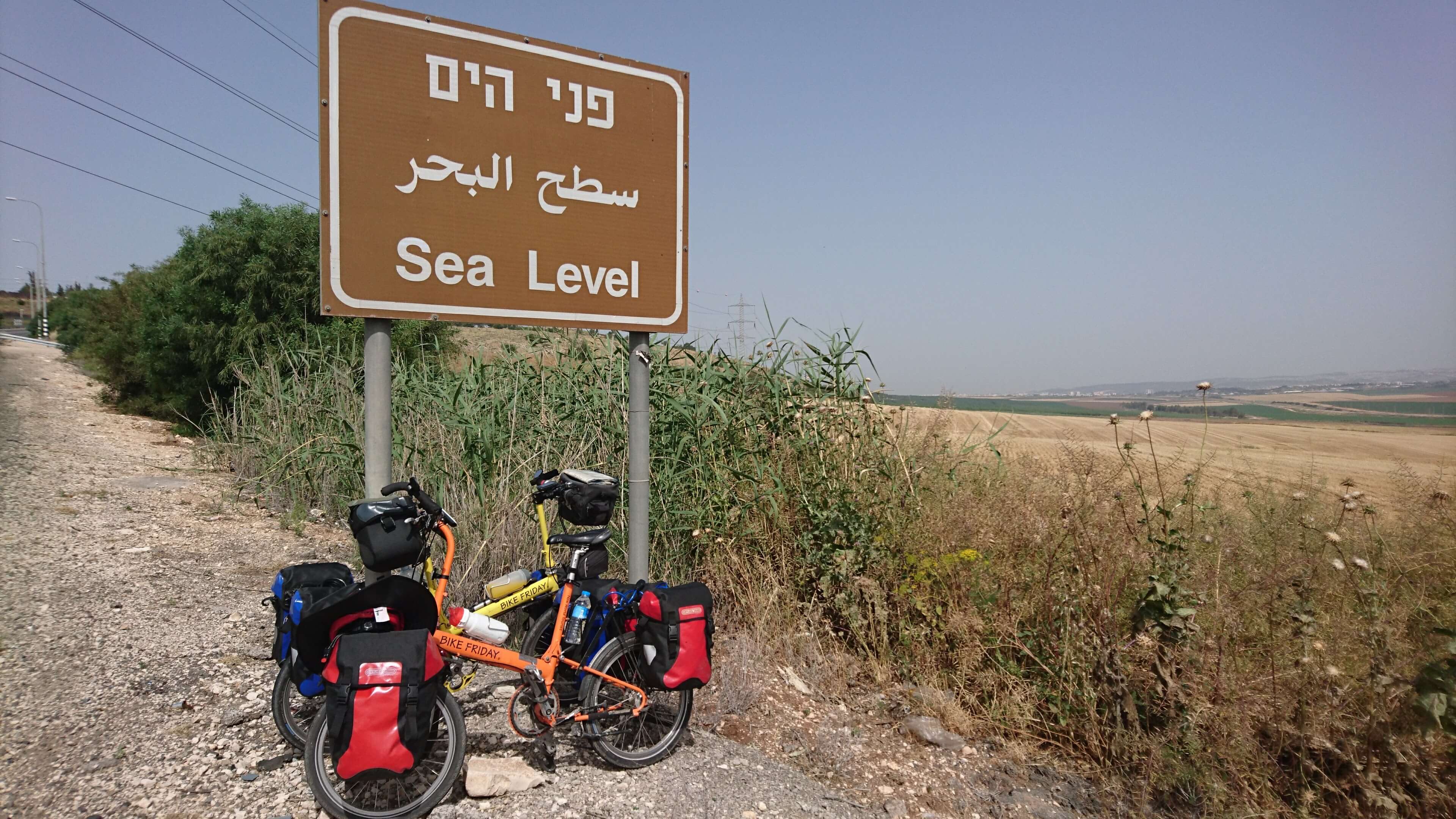 In Palestine there is almost no independent cycle touring. Many locals will discourage you. One Palestinian man said to us, I thank you for wanting to go to Palestine but you really shouldn’t because the drivers are crazy. They weren’t besides when you have cycled in Israel, it is hard to find crazier drivers.

Israeli security has no way to allow bicycles to pass. You can drive in or you can walk in but neither allows bicycles. When security guards with big guns say you can’t go, you don’t go. So, we had to hire a taxi to go a few meters over the border. In a taxi, security asked us no questions and never looked at our passports or visas.

Once we got passed Israeli security, the cycling in Palestine was very nice. The roads we chose had less cars and wide shoulders so it was very pleasant. We walked around the cities seeing no other tourists until we got to Jericho where tourists do visit from Jerusalem. Locals were enthused to see tourists, we had great conversations, and were given a lot of food. 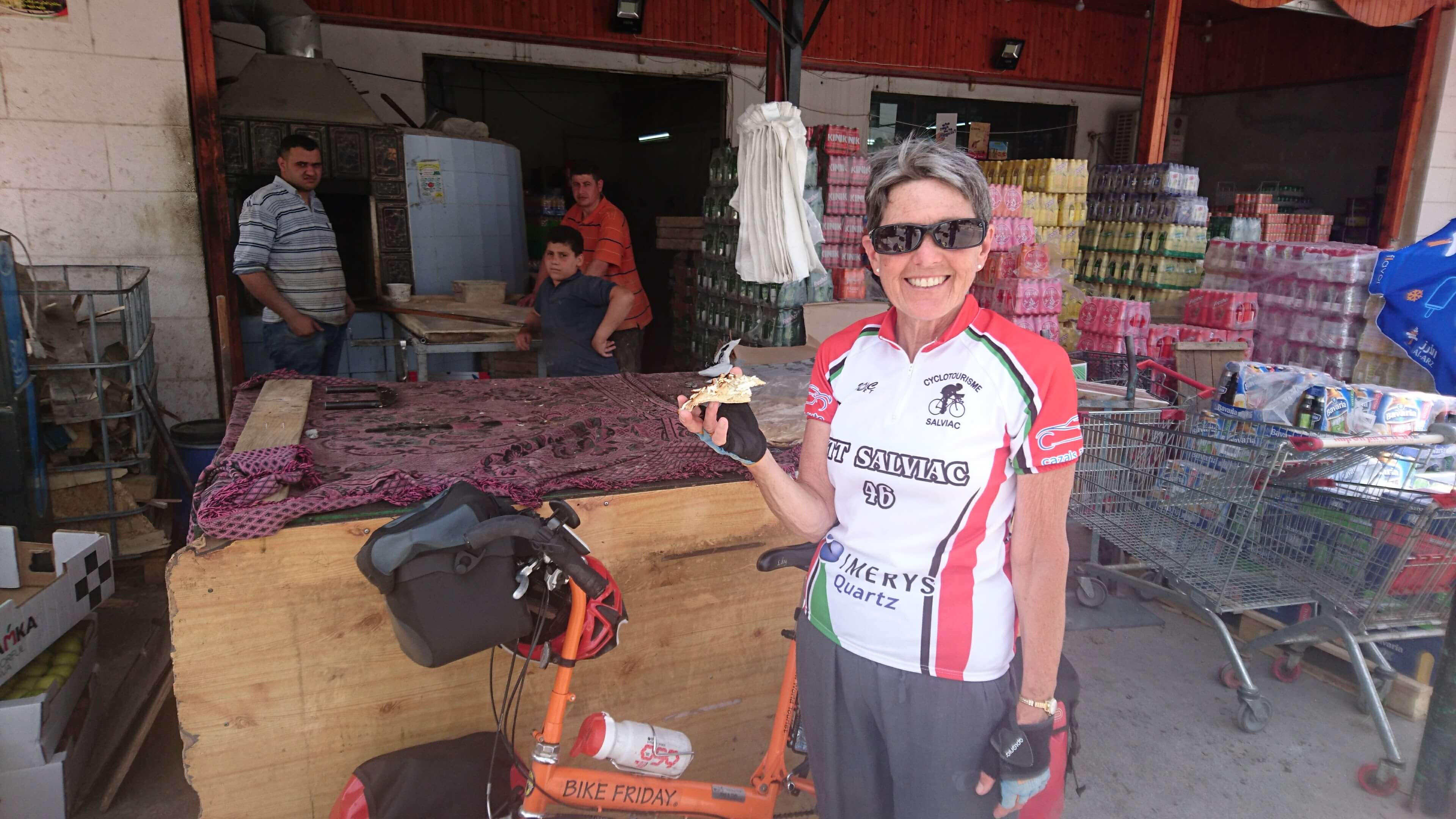 Mary just finished lunch when she was given a slice of pizza.

The girls were fascinated by Mary. They really wanted to talk.

These girls plan to be dentists. They came over to save us from a mob of junior high girls that were talking with us. The high school students have excellent English. The junior high girls ask you your name, your age, and where you are from over and over. Lots of giggling too.

From Nablus, Palestine we travelled an incredibly busy route 60 to Jerusalem before turning back into Palestine and a beautiful road to Jericho. 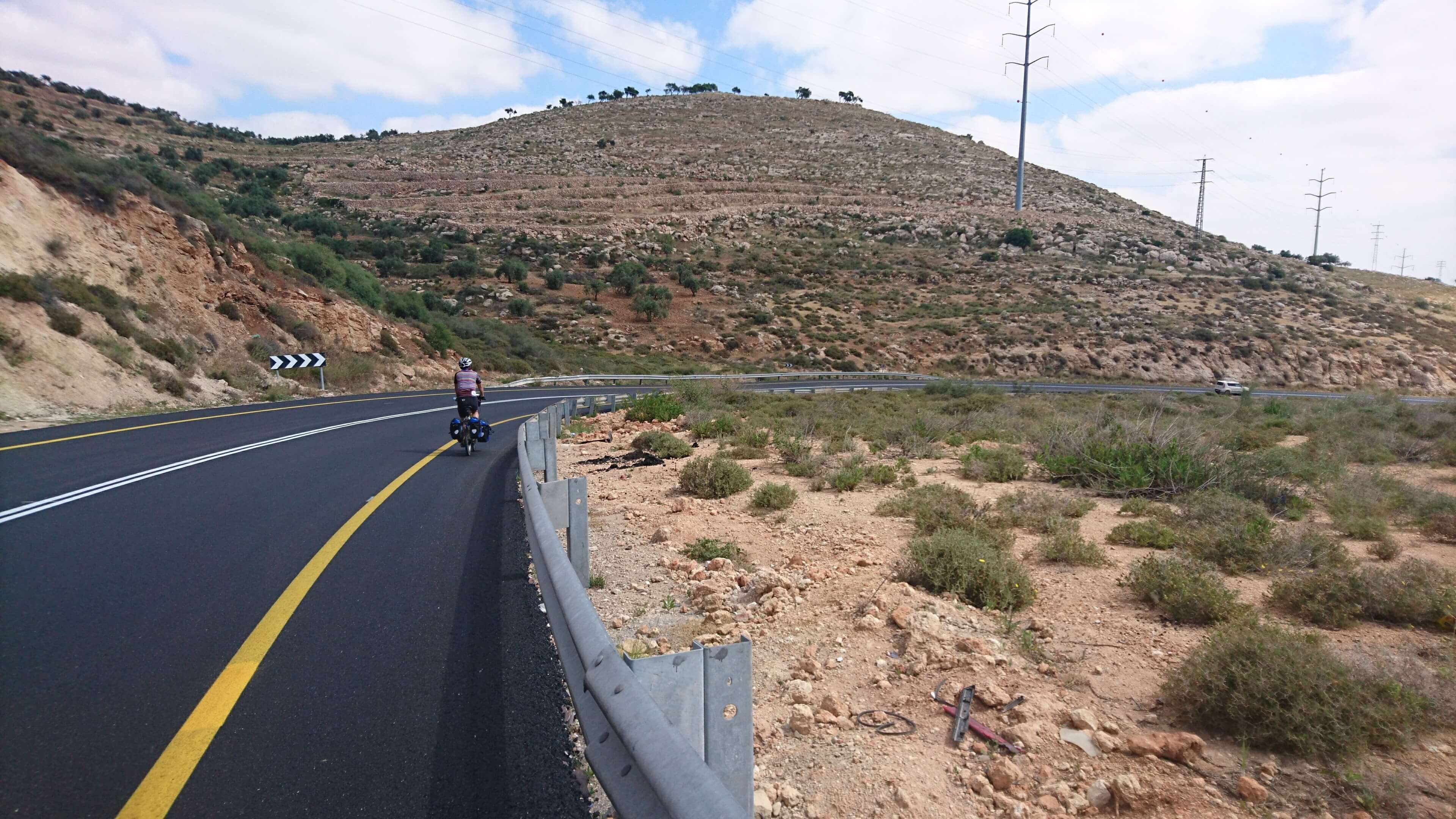 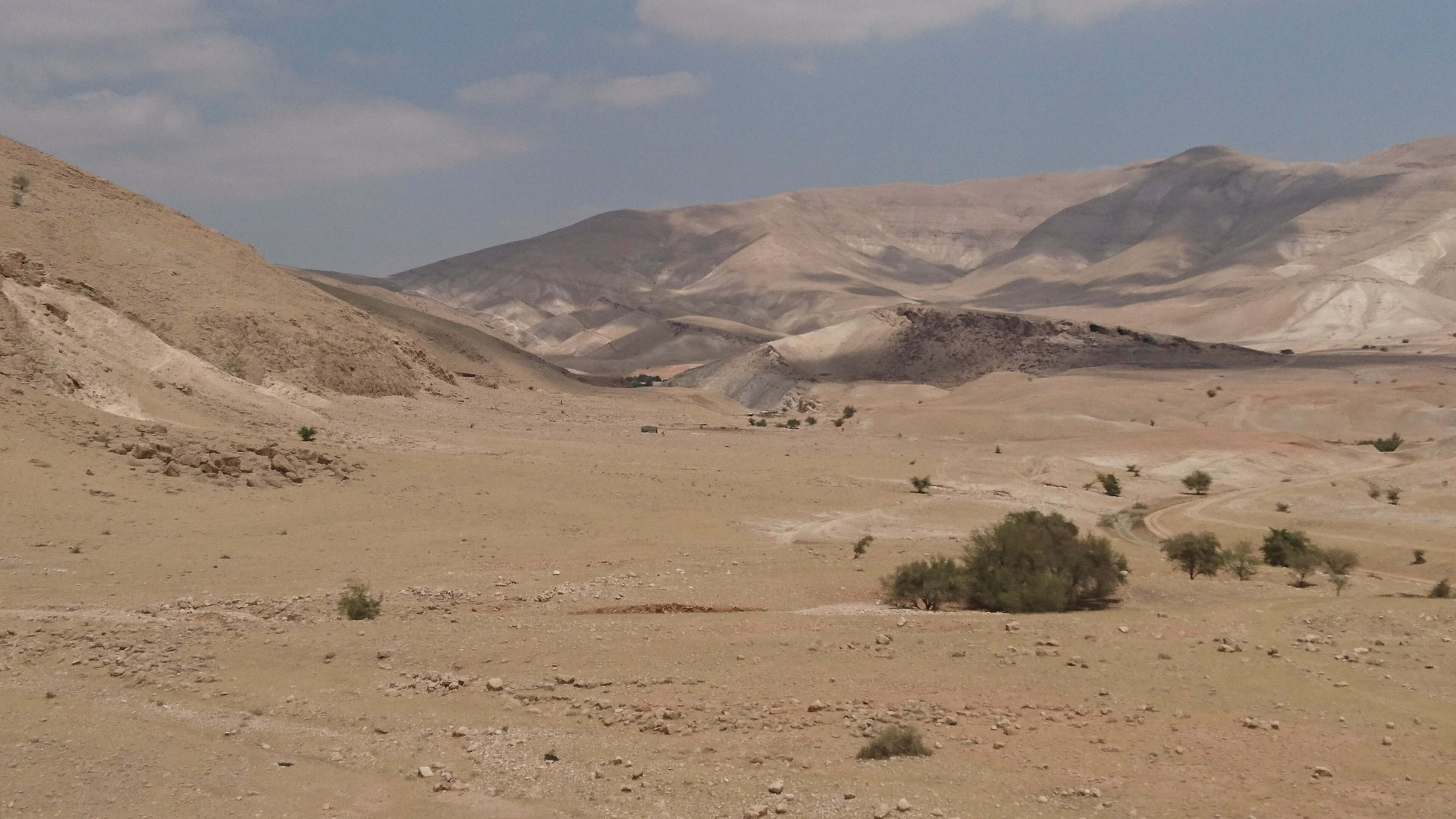 The girls in the next photo are in an all-girls public science high school where all the teachers are women. They were on a field trip to the Mount of Temptation and a farm. In Palestine, girls go in high numbers to the university. More food – a pizza in each hand. 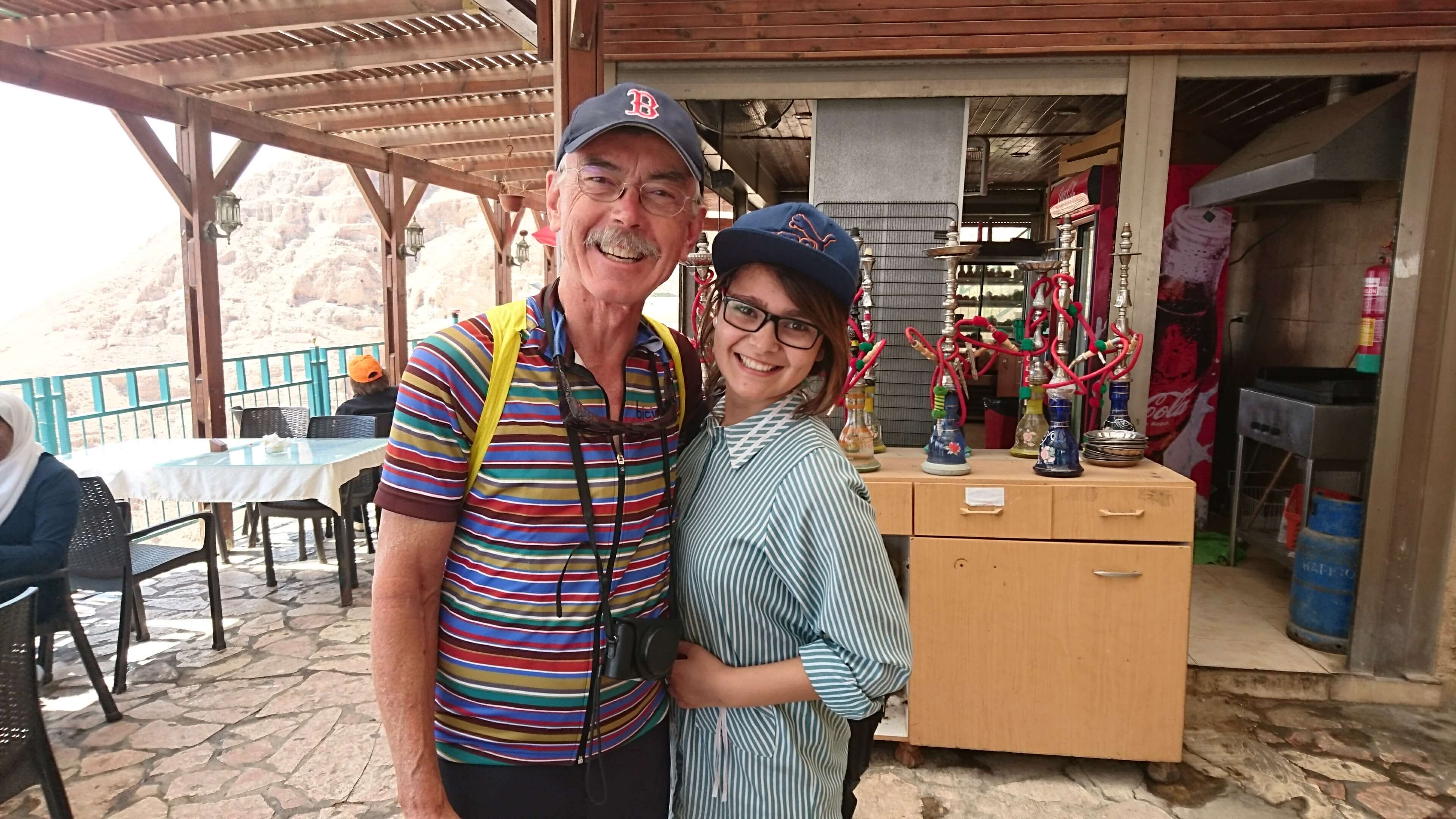 From Jericho, we went back to Jerusalem and back to Israel. In Jerusalem, Tel Aviv, and Mizpe Hila we stayed with Warm Showers hosts. As always, the contact with local people enriched our travel experiences and we received helpful advice.

The cycle between Jerusalem and Tel Aviv up until route 44 is sublime. It follows a canyon up and down and is just magical. The secret is to cycle on Saturday mornings when the Israelis cycles. It is Shabbat and there are more bicycles than cars on the roads.

Our Warm Showers’ host Mitch led us to Mount Hertzel in Jerusalem and let us loose down the canyon from there. 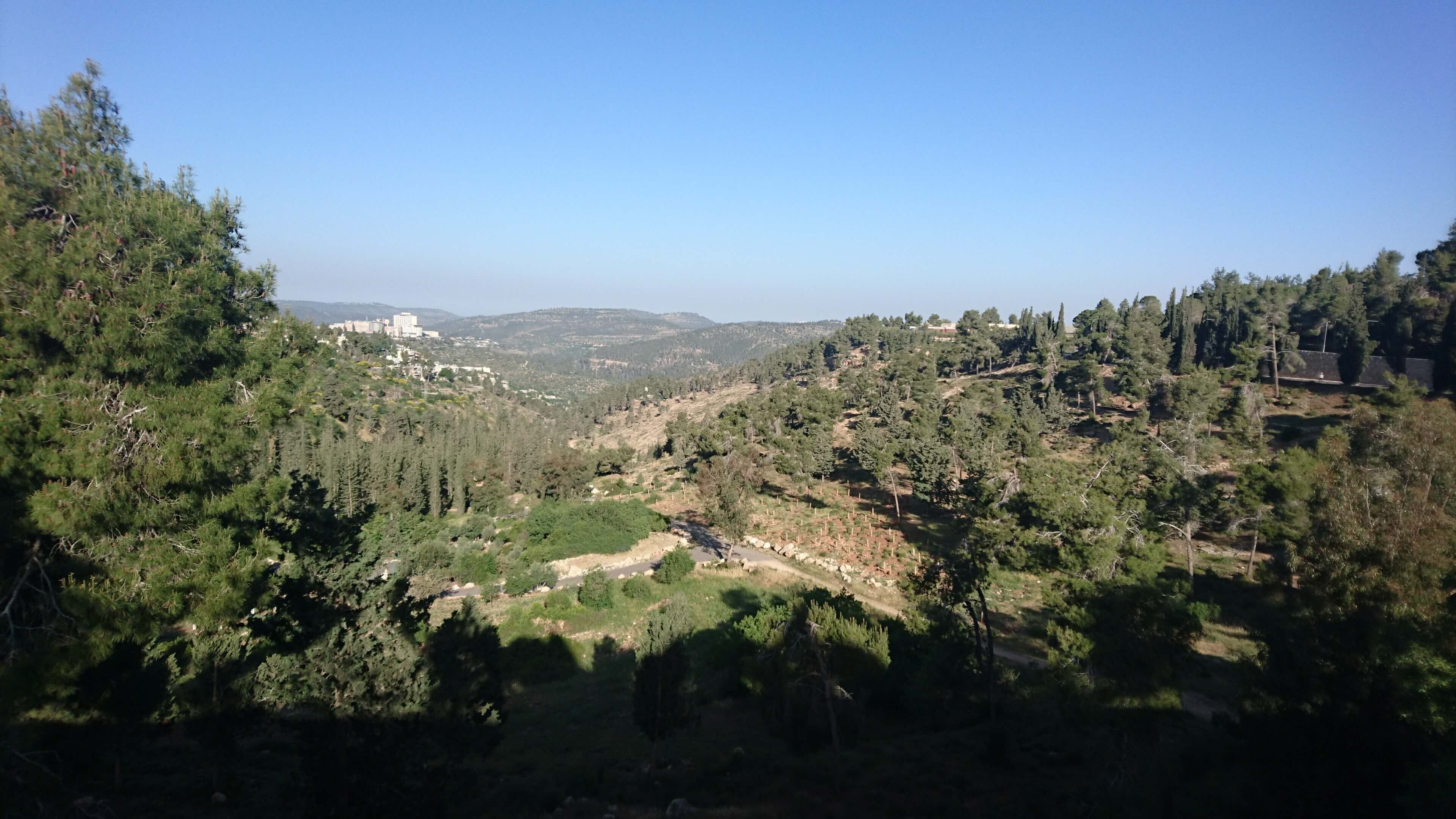 The beautiful views just continued as we climbed and descended. With few cars on the road, Mary could weave her way up the hills and Bob could cycle in the middle of the road. 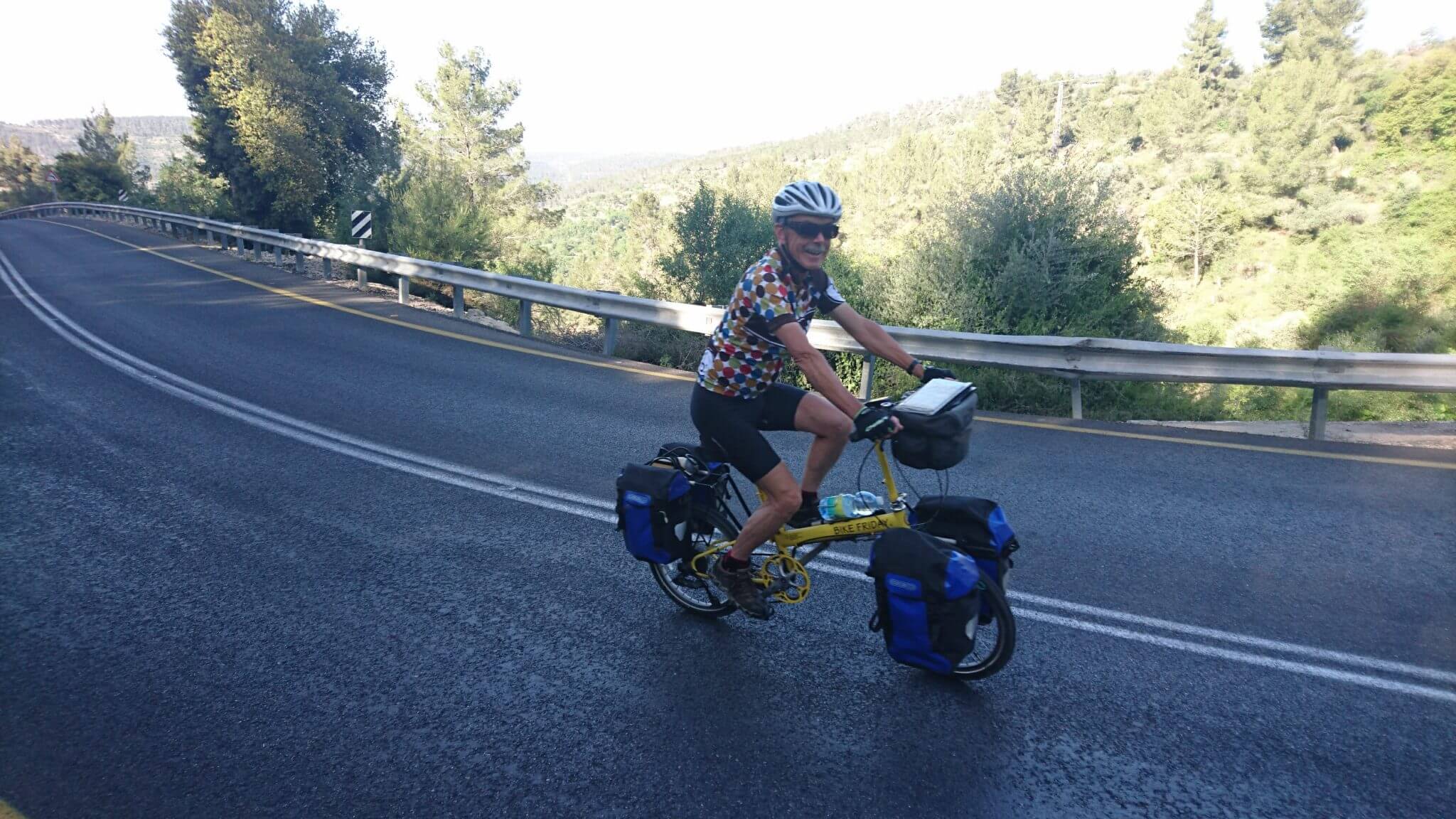 They just kept coming from everywhere. There were road cyclists, tandemists, mountain bikers, and hikers in the woods.

On May 1, the bicycles were packed and we left Israel and Palestine understanding this sign that we saw at the guest house in Jenin, Palestine. 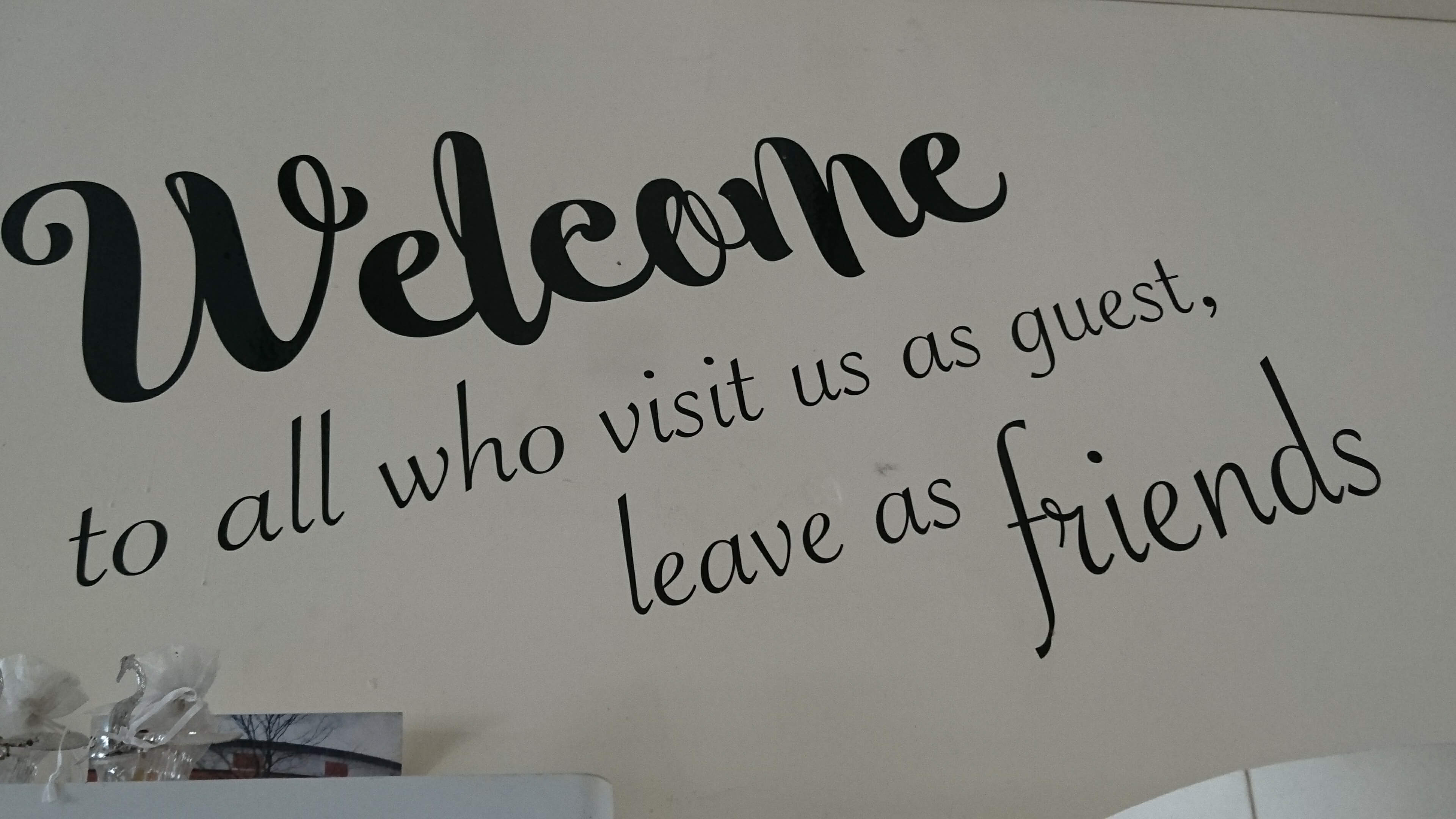 Follow all of Bob & Mary’s adventures through Israel and Palestine here:

To learn more about the versatile, globe-trotting bikes that made this trip possible, visit the New World Tourist page.