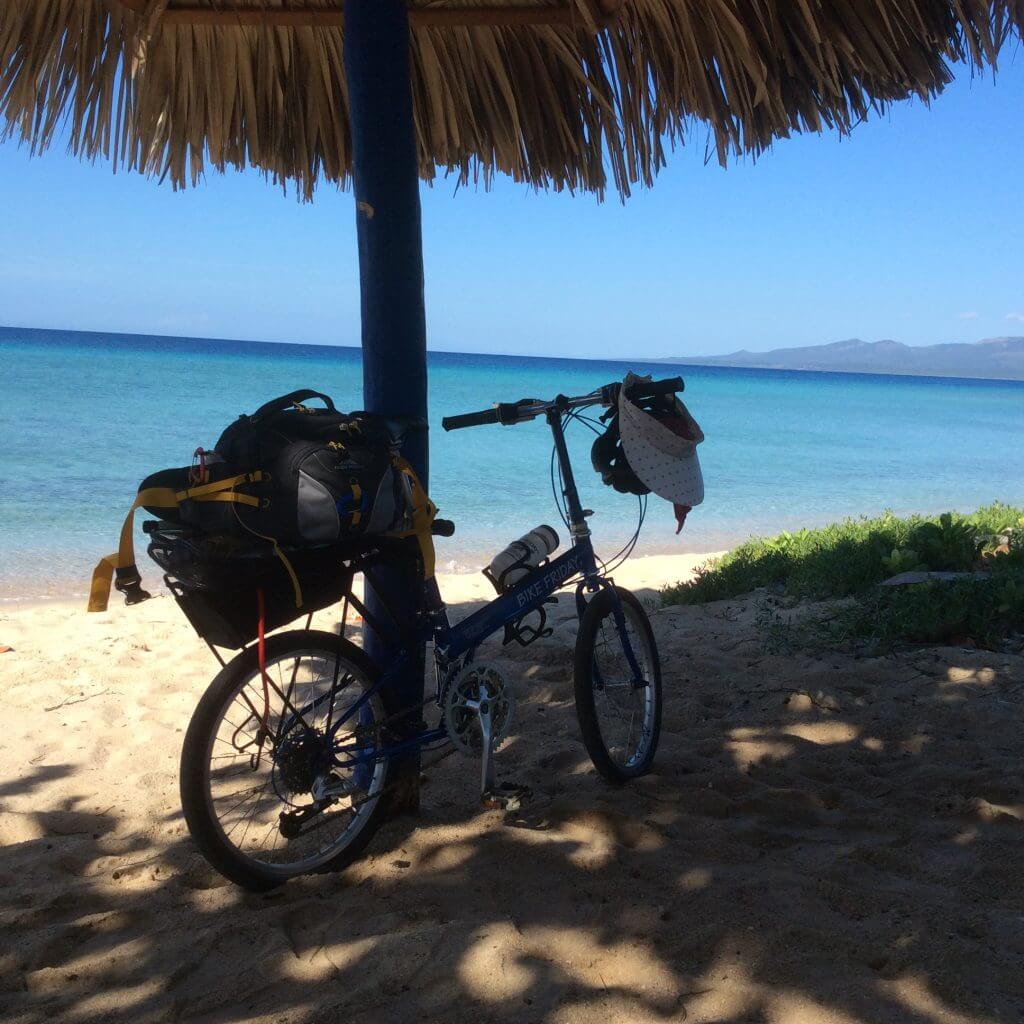 64-year-old New World Tourist owner Claudia Beausoleil recently traveled to Cuba via the usual workaround- Mexico. With a quick stop over in Cancun, Claudia made her way to Havana, bike-in-tow, for the beginning of her 3 week solo tour. She contacted us at Bike Friday to share what she discovered.

As the U.S. gets closer to normalizing relations with Cuba the prospect of bicycle touring on this formerly-off-limits island paradise is quickly becoming a reality. The cycling industry is abuzz with adventurers ready explore the beautiful white sand beaches, distinct cuisine, and legendary music scene of Cuba.Though, for some, the buzz is so strong that waiting on Washington isn’t an option: red tape be damned.

What Claudia found in Cuba was enough to make any travel cyclist barter for extended leave. To start, the temperature in December was a balmy 75-80 degrees. As an island, a huge portion of the country is stunning beach front, with charming thatched roof cabanas that come right up to the waters edge. The cities are full of gorgeous colonial architecture, fascinating museums, and Classic cars. Fresh seafood is everywhere and everything is totally affordable; grilled lobster goes for $6.00!

Though traveling in Cuba is not without its challenges, “you have to bring all your own energy bars and natural food for the road, all they have are those sugary granola bars” said Claudia. “There’s plenty of fresh food, 25 cent fruit smoothies, and even some great smoked meats, but you can’t find things like almonds anywhere.” Claudia said that another challenge was the mid-day heat, fine for younger riders, but tough for her: “there were days when I would just have to jump into the water even with all of my cycling gear on.” But getting in the water was actually Claudia’s favorite part of the whole trip “I always had my snorkeling gear with me, I would stop at least once a day to snorkel.”

Claudia’s touring style was mostly to do day trips in orbit around the cities she was staying in. “Getting out into the countryside was great,” and “people were very respectful of the bike on the road. Buses, motorbikes, horse taxis… they all gave me lots of room when passing.” And though she didn’t feel comfortable camping alone as an older woman she said “cycling, even at night, is very safe for a woman in Cuba.” Claudia rode comfortable, yet inexpensive, touring buses to go between Havana, Varadero and Trinidad during her stay. “The drivers all spoke English and they handled the bike beautifully, they packed it upright, and very snugly.” Another reason that her Bike Friday proved to be the perfect bike for the trip: “anyone who brought a full-sized frame had to pull it all apart, I just had to remove the front wheel.”

Claudia was thrilled to run into two other Bike Friday owners in Cuba. One called “Bike Friday!” to her from outside a hotel and the two immediately struck up a conversation; he was visiting from Spain and had just completed a 28-day-long tour of Cuba. As is common with most chance Bike Friday meetings, the two became fast friends;  by the end of their conversation Claudia and her husband had an offer to stay in Spain!

It was a whirlwind of an adventure and Claudia is excited about going to visit Cuba with her Bike Friday again. Though before she makes it back to the Caribbean she’s off to Europe with her husband and their Bike Fridays in June. “We’ll start in Holland for the International Blues Festival, then off to Germany to try the new Bicycle Autobahn, then to Denmark to experience Copenhagen.”

Thanks for sharing your Cuban travel adventures with us Claudia, best of luck with your European tour!

P.S. Claudia is happy to answer questions about her trip to Cuba, you’re welcome to email her: mediation.center@earthlink.net 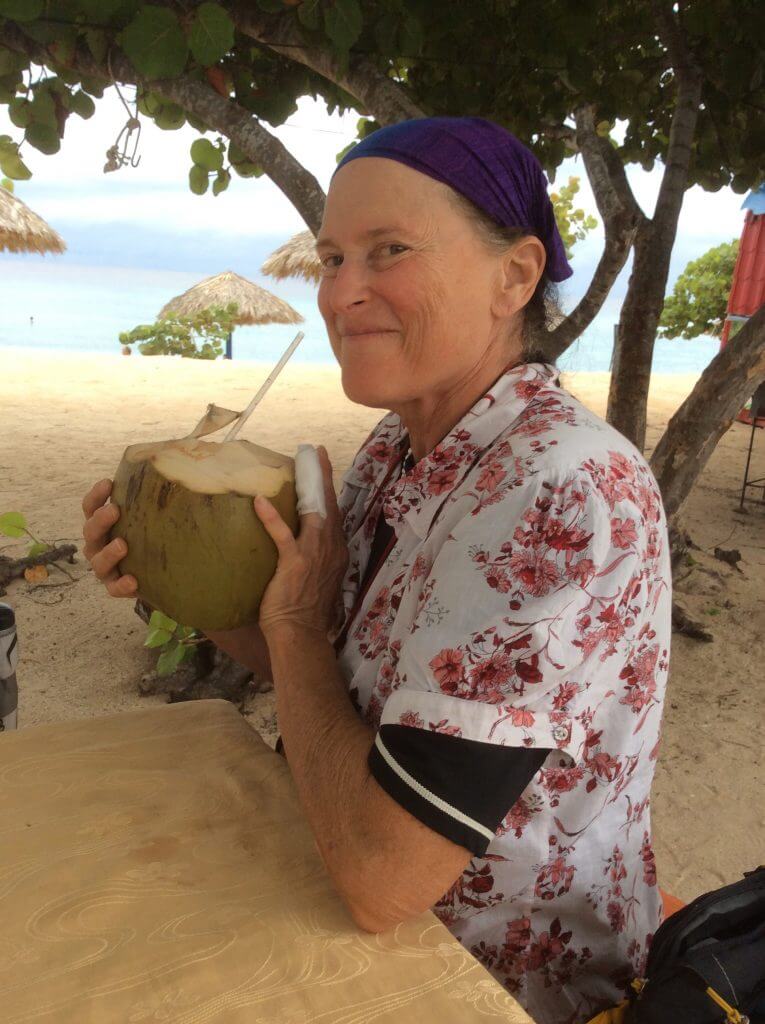