Because we are not good at tooting our own horn…we are truly thankful for our long-time customers who do.  This is one such story which thankfully has a happy ending and is one of the many of our “Why’s” when people ask us what our “Why” is.  E-Assist truly is a wonderful thing if done correctly.  Enjoy the story.

It’s been awhile since we have been in touch with you, but there is a reason for doing so now—an unfortunate reason on one hand, and a positive one on the other. 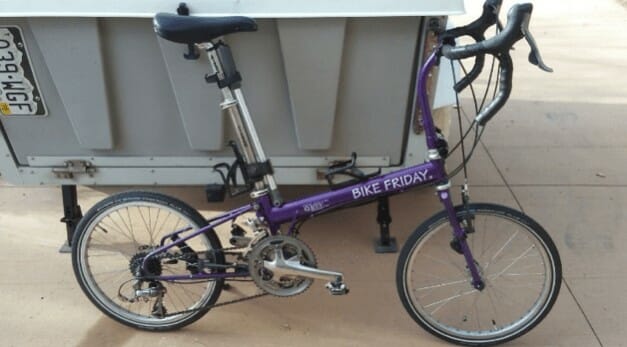 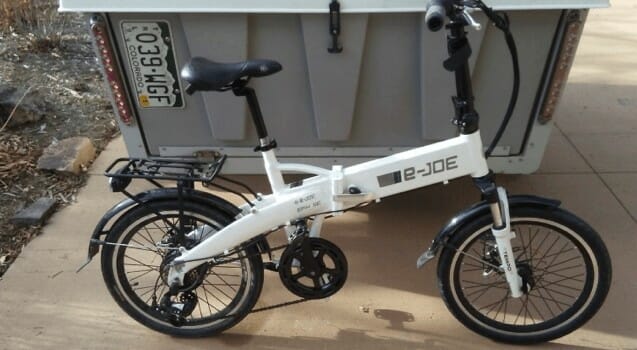 Last August, a day after her birthday, Sharon had a very serious cycling accident that did not involve any car.  It happened on an E-JOE EPIK SE electric folding bike.  She described what happened before she fell on a downhill in a bike lane: “The bike’s steering began to wobble uncontrollably—the handlebars were going back & forth [laterally] rapidly and violently.” Because she could not control the steering, she knew she was going to fall either to the left or the right side. She could not remember whether she tried to brake. The odometer showed 925 cumulative miles and the max speed that day was 29 mph. She suffered a number of injuries but has been recovering well since; she isn’t sure whether she will cycle again.

In our effort to determine the cause of this accident we, and two excellent bike shops here in Boulder, could not find the “smoking gun.” Chuck Ankeny, who had previously worked on this bike to improve both the rough steering and the sloppy brakes to make it absolutely safe, said this accident could probably not be duplicated in a lab. An e-bike web site had several negative comments about this bike, but we had not checked it out before buying it. We concluded that the accident could have been caused by a combination of a poorly designed and manufactured frame and incorrect weight distribution (the bike had a 5-lb portable oxygen concentrator in a wire basket mounted on the rear rack, and rear panniers with a few   items).

Then I made a comparison between the E-JOE and my 2007 Crusoe BF: both are folding bikes with 20-inch wheels, with a similar, but not identical geometry. The steering on the two bikes is total different, which most likely contributes to the difference in weight distribution on the bikes (excuse my lack of expertise here).

Here is the positive reason that I am writing to you.  My emphasis here is the proven quality of the Bike Friday products.  I have ridden a BIKE-FRIDAY CRUSOE, my 3rd Bike Friday (BF), since 2007. I rode my 1st BF (1995 New World Tourist) and 2nd BF (2001 Pocket Rocket Pro) on a number of Ride the Rockies tours and elsewhere, totaling thousands of miles (on one RTR tour a fellow rider had asked me how stable these bikes were on the downhill; I told him to follow me down, and never saw him again).  During these years, I experienced not one accident attributable to the design or the manufacture of the bike itself. Moreover, Sharon rode her 1995 New World Tourist in Hawaii, New Zealand, and Colorado without a single incident or accident, until health problems required her to discontinue cycling (until she discovered e-bikes). In other words, a big thanks to all of you at Bike Friday! Keep up the good work.

I read with interest your postings and work on e-bikes.  In 2011 when she discovered e-bikes, Sharon bought a RANS crank-forward bike with an 8-pound BionX battery. The bike worked for her, she took to it well, but the battery deteriorated after a few years, AND the bike was unwieldy and very difficult to transport.  Still, it restored her freedom to cycle again after 12 years off the bike. Then, the unfortunate purchase of the E-JOE.

We hope to see Sharon on an E-Assist bike soon so she can keep on doing what they both love to do.  Happy Trails!