The title of this journal was inspired by a comment from a man on my last long bike tour. He called out: “Y’all know over here, you can’t be peddling your ass around here!” – or something like that.

Anyway, our interactions with the local people in each town were the funniest and most memorable experiences of the trip. Meeting some good Irish people (and especially seeing my family) is what has encouraged me to ride my bicycle around this beautiful little island. 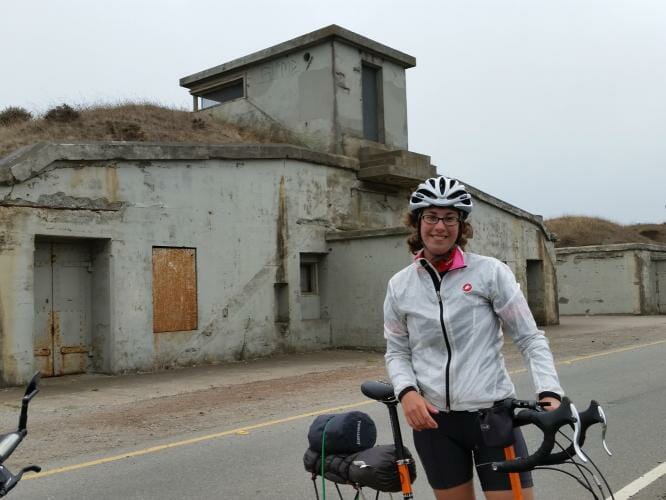 In the last year, everywhere I’ve traveled by car has just made me think: “Hmmm, this would be so cool on a bicycle.” The speed of biking is a great way to see local life as it is and still actually go places.

Since moving back to the Bay Area, I’ve been thinking about what it would be like to tour just about everywhere in the world, but Ireland seems like the next logical place to go … I can visit family, it’s somewhat familiar, English, island (can’t get too lost!!) — perfect for a three-week time frame and my first solo bike tour. I’d love to have longer to tour, but I also have a rather cool job, so a crazy chunk-of-year(s) tour will have to wait.

About five months ago I booked a flight and started telling people, I’m going to Ireland!!, and that got the ball rolling.

The bike: I bought a folding bike a couple of months ago through a local Bike Friday dealer, Chain Reaction Bicycles in Redwood City, with the dream of easily flying and riding my own bike in far flung places.

I researched these cute little bikes to death and I was able to pretty much custom choose all of my components (without having the worry or cost of them not working out, which was nice!)

I chose dropbars, bar-end shifters, V-brakes, and I upgraded from their standard headset, seat post, and chain. I’ve put a few hundred miles on my Pocket Llama over the summer and he is AMAZING (and adorable).

Except for being a bit unsure when confronted with rocks, he feels very much like my full sized bikes, nimbly climbs up the steepest of hills, and is quite confident when loaded down.

You can read about Erica’s entire journey here.

The Haul-a-Day is Bike Friday’s addition to the growing cargo bike market. Bike Friday is an Oregon-based bike building company who use words like local, organic, community, and handcraft to describe what they do. They specialize in custom folding and travel bikes, which means the Haul-a-Day has many of the inventive conveniences of those types of bikes and can be customized to your desire.

The Haul-a-Day is a mid-tail cargo bike so it has a smaller footprint but can still carry huge loads without being ‘tippy’ thanks to the 20” wheels giving it a low center of gravity. It adjusts to fit riders 4-foot to 6-foot-4 (1.2-1.9 m) and has a low step-over height which is immensely helpful when hopping on and off with kids aboard. Disc brakes front and back, a stabilizing two-leg kickstand, huge front basket and a plate-deck rear rack round out the specs, while you’ve got the choice of 8 or 24 speeds. The Haul-a-Day is light and agile and rides like a real bike while doing 10x the work. One can customize everything from the rear rack, the front basket, saddlebags, colour, and kid-attachments – Bike Friday loves to work with their customers to create the best bike for your lifestyle.

TELL YOUR FRIENDS You know that classic scene from E.T. that every cyclist loves to reference? Elliot on his bicycle flying through the sky, red hoodie up, E.T. tucked in the front basket. I feel like Elliot in that scene when I ride the Haul-a-Day. Maybe it’s the big basket in the front, or the upright riding position, or the fun, red colour of this model. It just feels like flying on this beautiful bicycle. I get compliments on it ALL the time, and the girls I nanny used to always ask why people were staring & waving at them all the time. I’ve had to explain that we just look so cool & unique, so that’s why all the attention!

I find the basket and 2 huge saddle bags handle all my loads perfectly. The basket is so solidly attached to the bike frame itself – and the wheel turns freely below it – which allows the bike to turn smoothly even in tight places. I don’t think I could handle the loads I do without such a low step-through and the small wheels. This makes it super sturdy and stable when loaded to the brim with cargo or kids or both! I am a small person and manage the bike just fine; I’ve even read an older child could use this cargo bike, which I believe is the only one on the market able to adjust for such a wide variety of people. Great disc brakes ensure I can stop no matter what and the SRAM dual drive 24-speed lets me gear down if I get stopped suddenly and really tackle those hills with ease.

WISH LIST There isn’t much I would change on this bike, it’s pretty darn awesome as is. But hey, we may as well try to get it perfect. So here’s what I’d like to see:

SUMMARY A light, easy and fun mid-tail cargo bike. Having tried a lot of other load-hauling contraptions, getting on the Haul-a-Day was a pure delight! To not feel like the bike is out of your control or struggle much on any sort of incline, I really appreciated all the thought that went in to this beautiful bicycle. If you’re looking for a bike that can haul big loads safely and easily without being a huge presence, then the Haul-a-day is for you.

Read Sandra Allen’s review of the Haul-a-Day in Momentum magazine.

Check out the great photo of a Haul-a-Day with the coolest camper on the planet.

Jordan and Eli Bishko won the Family Division of the Eugene Disaster Relief Trials on a Haul-a-Day.

Bike Friday Haul-a-Days proved their mettle with another strong showing at the Eugene Disaster Relief Trials at Alton Baker Park on October 17th.

We counted 12 Haul-a-Days in the field of more than 50 riders, and Bike Friday Operations Manager Jordan Bishko and his son Eli led the parade by winning the Family Division and crossing the line as the first finishers of the event.

Jordan and Eli Bishko work at one of the obstacle stations in the Eugene Disaster Relief Trials.

The Disaster Relief Trials (DRT) is a cargo bike event designed to help demonstrate the capabilities of bikes in disaster situations.

The riders planned and navigated a course of their choosing to designated check points in order to fulfill the criteria of the trials, with fully loaded bikes on city roads. At each check point riders encountered obstacles or complete tasks to assist response teams (like a neighborhood Community Emergency Response Team – CERT group).

The DRT is a fundraiser for Eugene-Springfield’s Safe Routes to School Bicycle Education Program.

Bike Friday Co-Founder Alan Scholz prepares to compete in his third DRT, and placed third in the Resilience Class.

In addition to the 12 Haul-a-Days competing, we counted eight others rolling around Alton Baker Park, enjoying the Resilience Fair.

With its low center of gravity and easy step-over, the Haul-a-Day can handle whatever challenges daily life — or a disaster — might throw your way. Being able to control a bike with a load is the key to success, and the Haul-a-Day’s pedigree as a Bike Friday performance bicycle makes it a great choice for a family cargo bike. 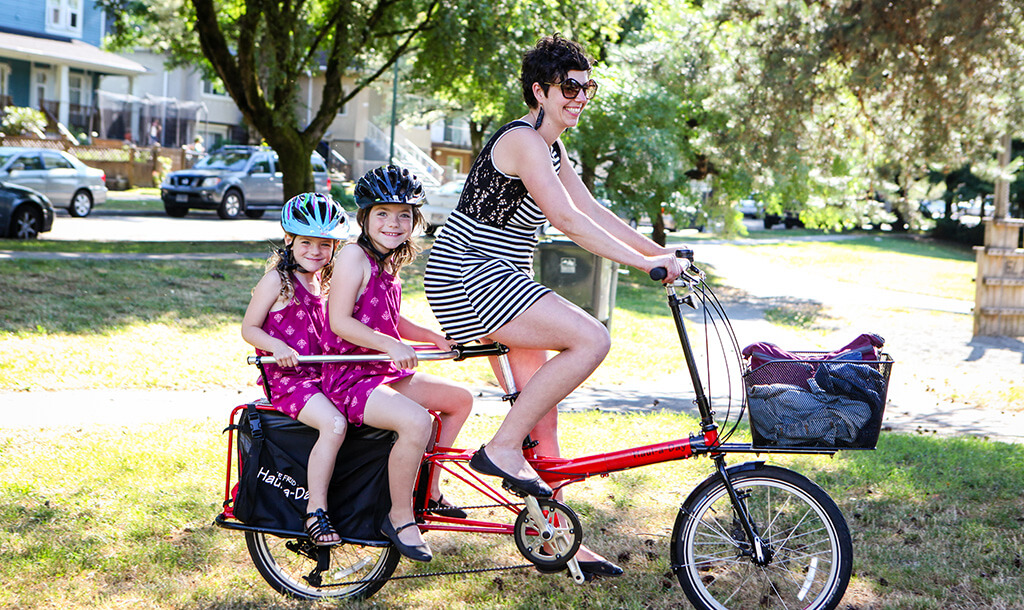 Read Sandra Allen’s review of the Haul-a-Day in Momentum magazine.

The 6th Annual Philly Bike Expo will return to the Pennsylvania Convention Center on November 7-8, and you can be entered to win a Bike Friday Haul-a-Day by purchasing your tickets in advance!

More than 150 artisans and manufacturers of bicycles, accessories and apparel display their latest products including Bike Friday, who will be showing off its Haul-a-Day among other bikes.

The show features seminars, how-to’s and family-friendly activities. Food and drink, rides, races and after-parties round out this two-day festival of bicycle culture.

Purchase your tickets on the Philly Bike Expo website. Use promo code: BIKEFRIDAY (must be all caps, no space)