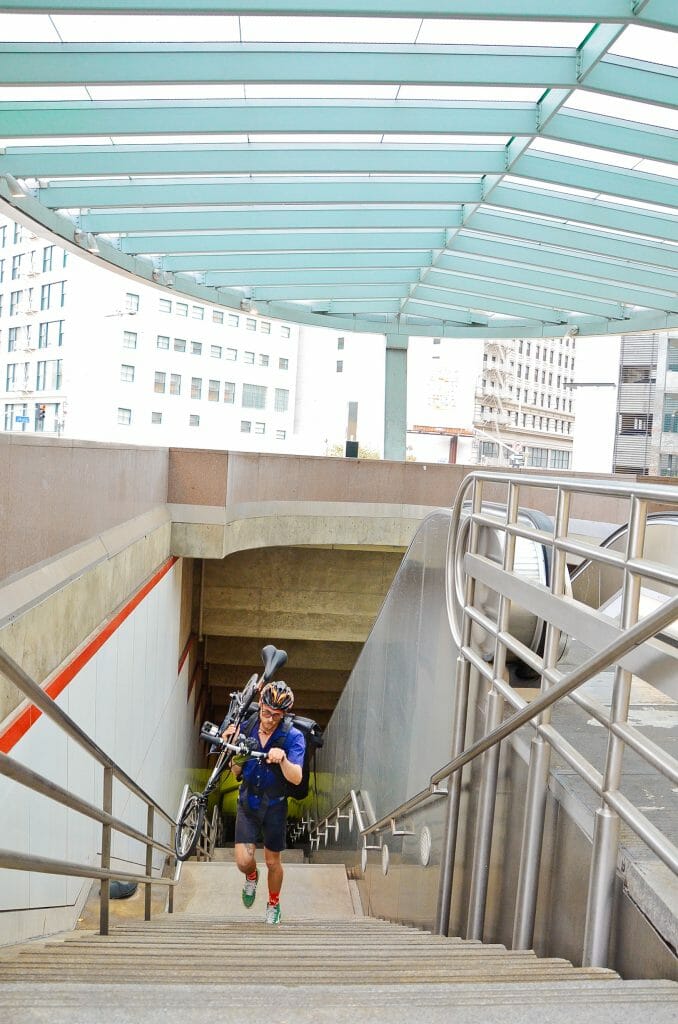 pakiT: The only way to describe the pakiT is, to put it simply, exactly that: simple. It’s as simple as simple gets. Belt driven (clean and grease free), light weight, quiet and packable. Yes, packable. 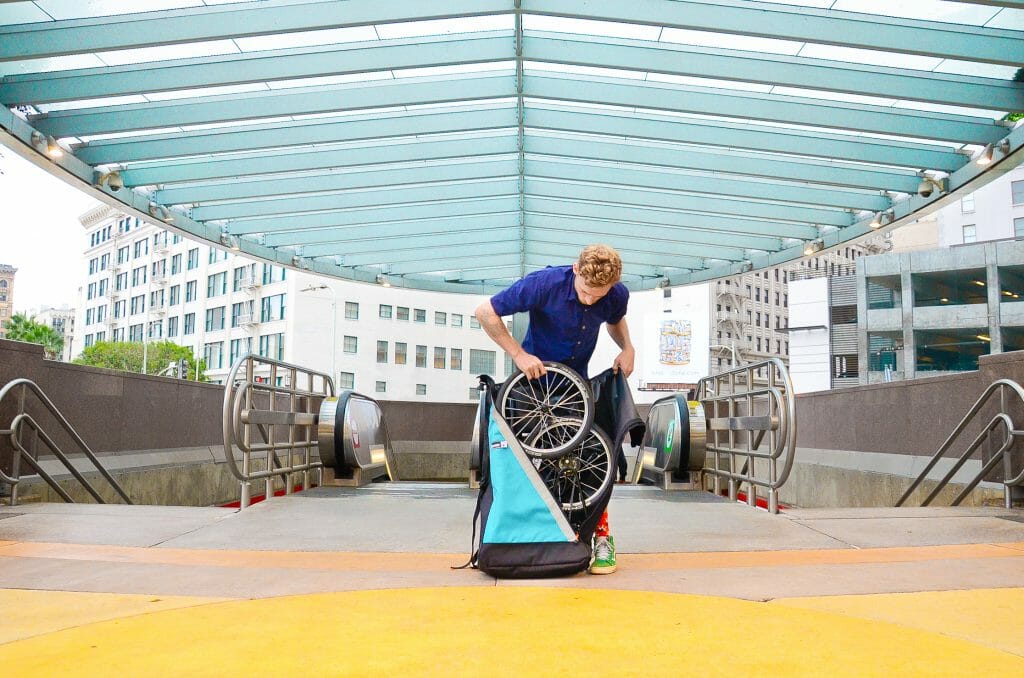 I’ve had my hands on a pakiT for the last few weeks and I’ve got to say I’m extremely impressed. From the versatility of the frame size to the swiftness of its ride; Bike Friday, you’ve outdone yourself here. 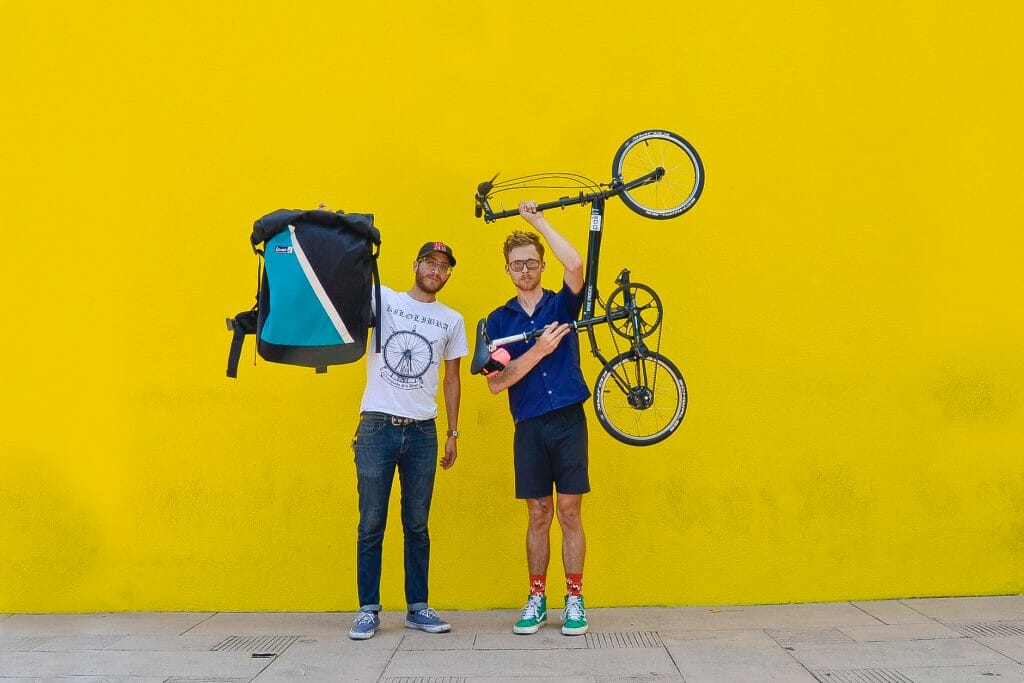 As an avid traveler and city dweller, I know the need for small compact vehicles. Being an avid cyclist, of course, I’m game for anything with two wheels. Prior to the pakiT, I would have told you that folding bikes are just not for me. The smaller wheels didn’t appeal to me, and I was just not into the designs of other non-US made bikes. Well, that was until I stumbled across Bike Friday. They’ve been cranking out beautiful folding dreams since the early 90’s. When innovation meets utility!

Prior to the pakiT I believed that smaller meant slower. I cannot tell you how wrong I was. After being introduced to 20″ wheels on my Haul-A-Day, I soon learned how hard you can rip on smaller wheels. Smaller definitely does not mean slower but stronger and lighter! Now throw some 16″ wheels on a 15.5 lb slick folding bike and you have an urban assault tool. 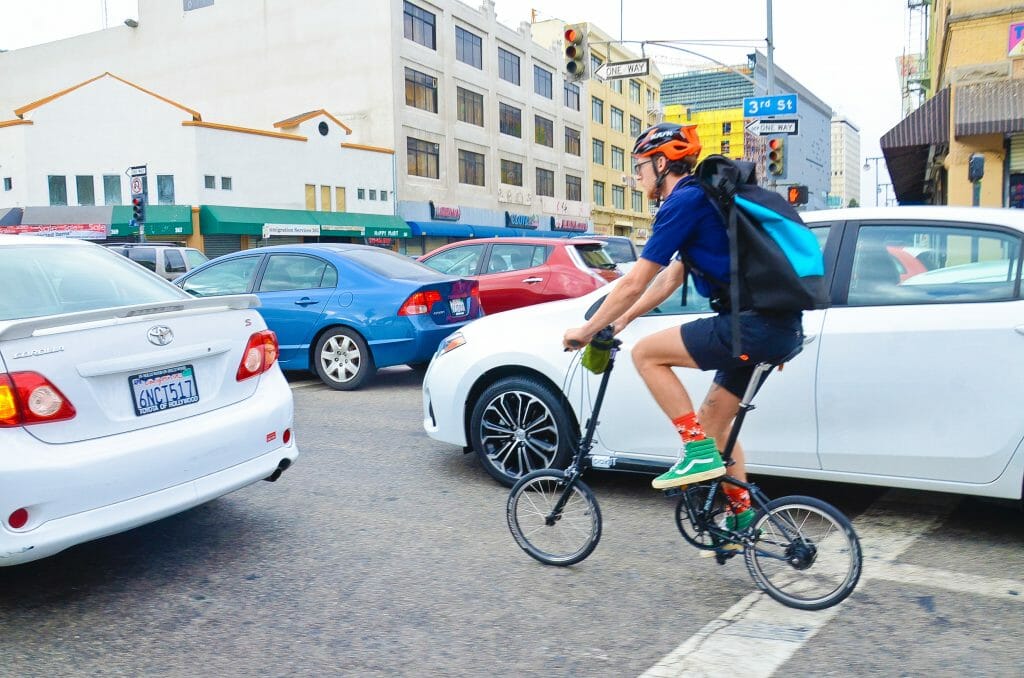 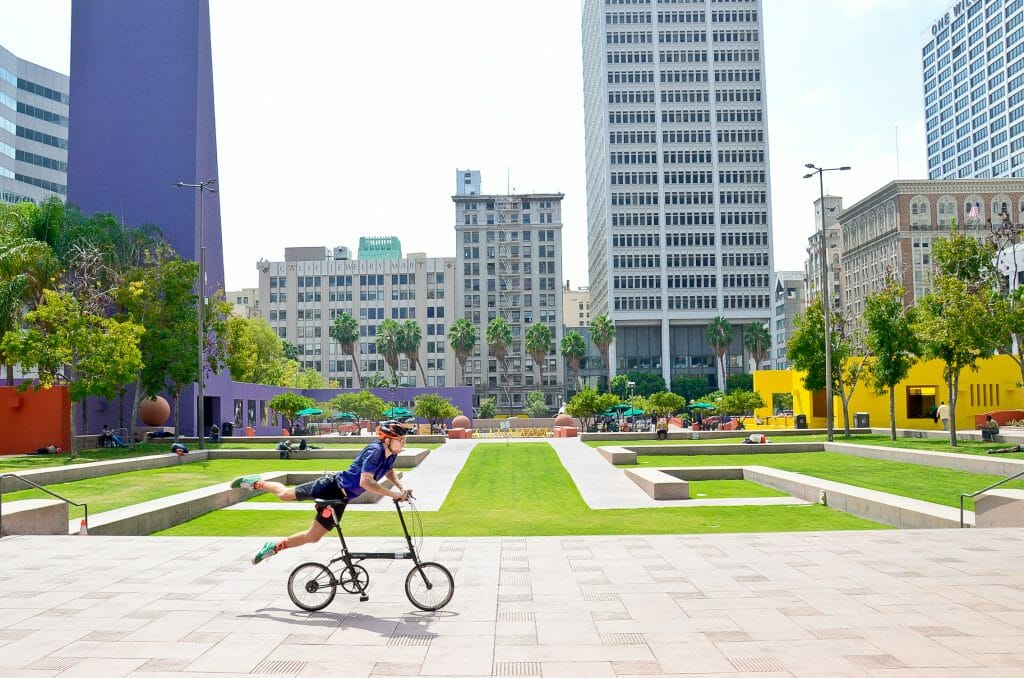 As soon as I received my pakiT in the mail (packed ever so gently inside of the roll top bag we made for it), I built it up and took it to the streets! Running through the internal 8 speed gear box, testing its limit to “wheelies,” mobbing in and off the side walk only to find this bike can hang! The 16″ wheels aid in quick acceleration and give the bike superior maneuverability to any other bike I’ve ridden. Now, I knew that Bike Friday knows bikes, and trust me, they know bikes!

I’ve been using the Haul-A-Day nearly everyday since April, and I’m in love. It’s always my first choice to ride even when I’m not “haulin’.” Although, I’m always “haulin’!” The rugged steel frame can take a serious beating, yet it never shows it. Of course, the pakiT would exemplify the same traits but in a bite size punch. When you say “jump,” the pakiT says, “Peace out! I gotta bounce!” and off you go riding through the hustle and bustle of urban living, forced to dodge vehicles, pedestrians, pigeons and even other riders. Considering the high route and pushing through those 8 quick internal speeds while you pick up the pace and jam the low route. 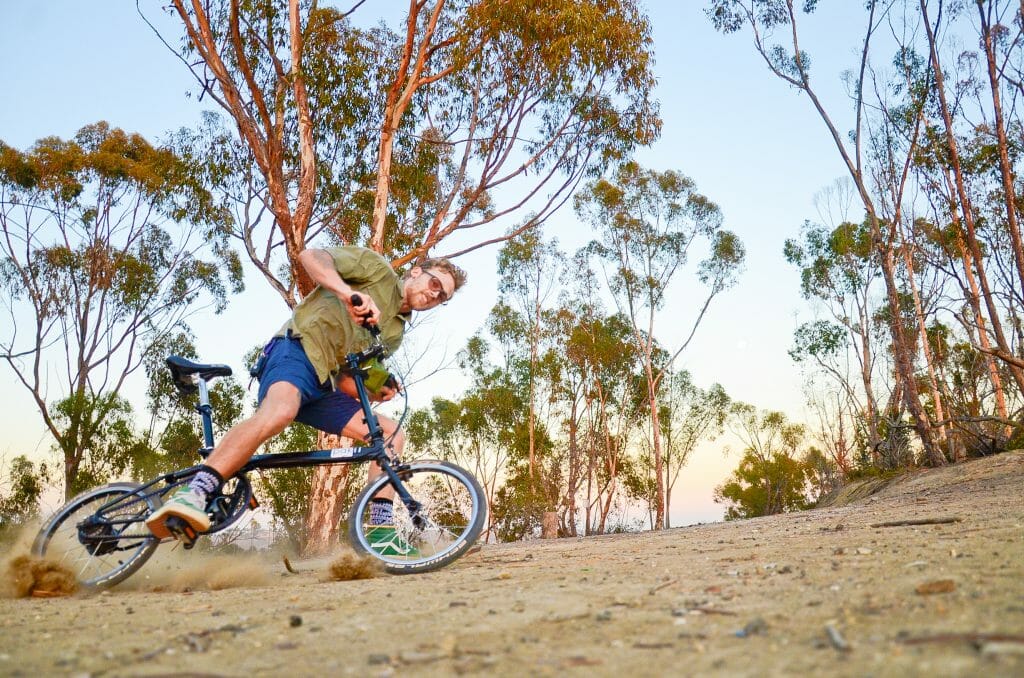 Whenever, wherever, this bike will always bite. I keep pushing it, and it keeps going! Since acquiring the pakiT, I’ve had such a fun time taking it on all my usual routes and seeing how it handles. LA is one wild place to ride with our diverse terrain, scorching landscape and car dense cities — the pakiT is a need! Whether you’re cruising to the corner store or hauling across town, the pakiT is your first choice!”

Brad Adams is the Owner/Operator at Roadrunner Bags. He’s also kind of our favorite person ever. Be sure to check out the amazing bags he makes in Downtown L.A. — https://roadrunnerbags.us/

Want to learn more about the pakiT? Check it out here! Also, if you get a chance, take a look at the Kickstarter we just wrapped up- 300% of goal!