LeeAnne Fergason of the BTA in Portland briefs a group of cycling advocates getting ready for a ride around Sacramento at the Safe Routes to School National Conference, as a fleet of Bike Friday OSATAs wait for action. 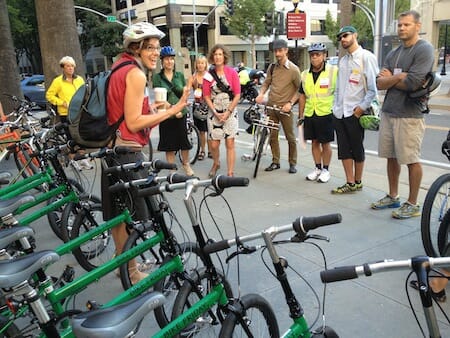 Well, it means that the Bike Friday OSATA [which stands for One Size Adjusts To All] was a smashing success at the SRTS [Safe Routes to School] National Conference in Sacramento.

On Tuesday morning, LeeAnne Fergason of the Bicycle Transportation Alliance in Portland, and our local Eugene Safe Routes to School Coordinator Shane MacRhodes took a number of cycling advocates on a ride around Sacramento to share some of their teaching techniques.

MacRhodes brought five of his fleet of 40 OSATAs for some to ride. When they were still short of bikes, Dan Allison from the San Juan School District just outside Sacramento loaned eight more OSATAs from his fleet of 30-plus. 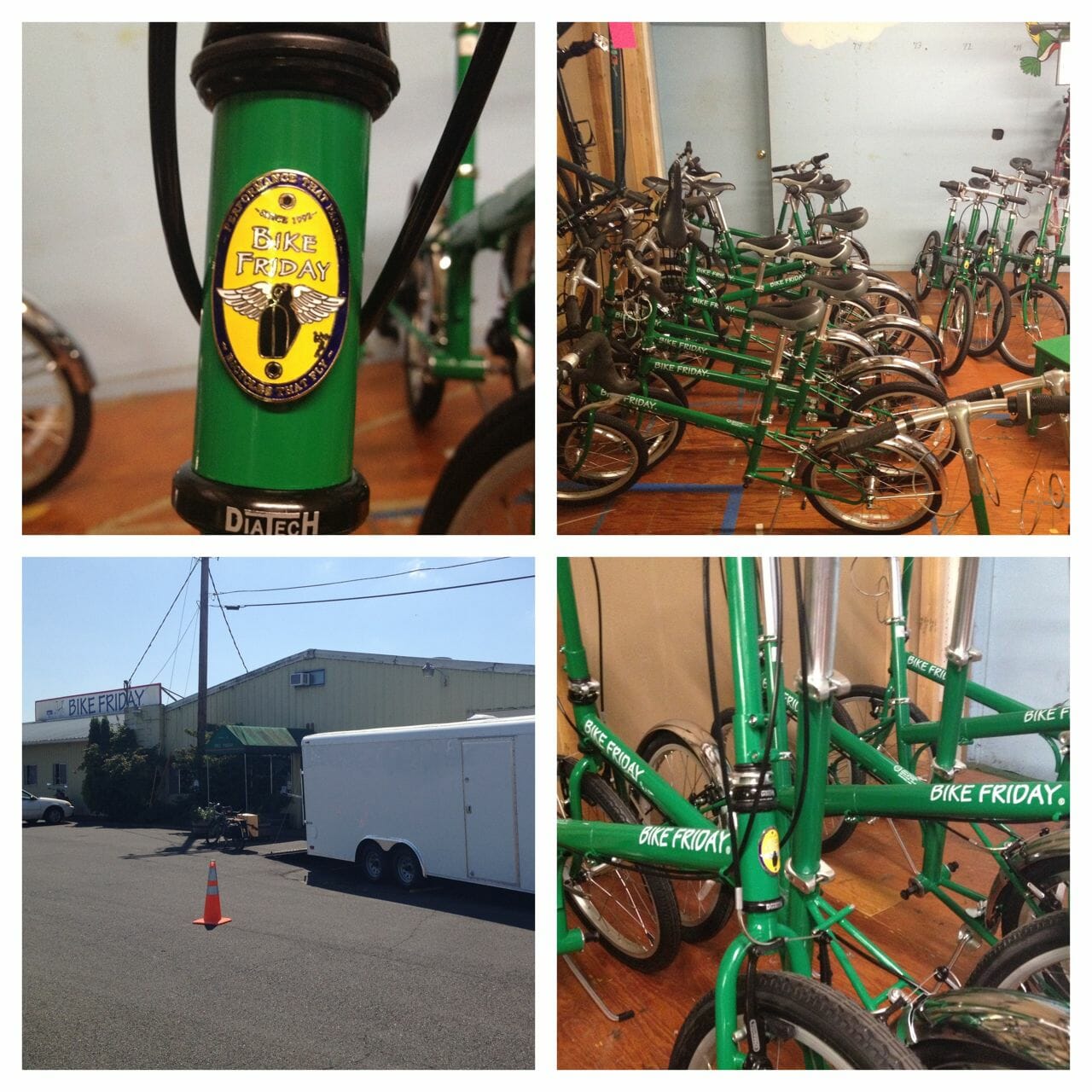 After some quick adjustments, the group of more than 20 was off and riding.

With Shane leading the way in his top secret prototype Bike Friday. 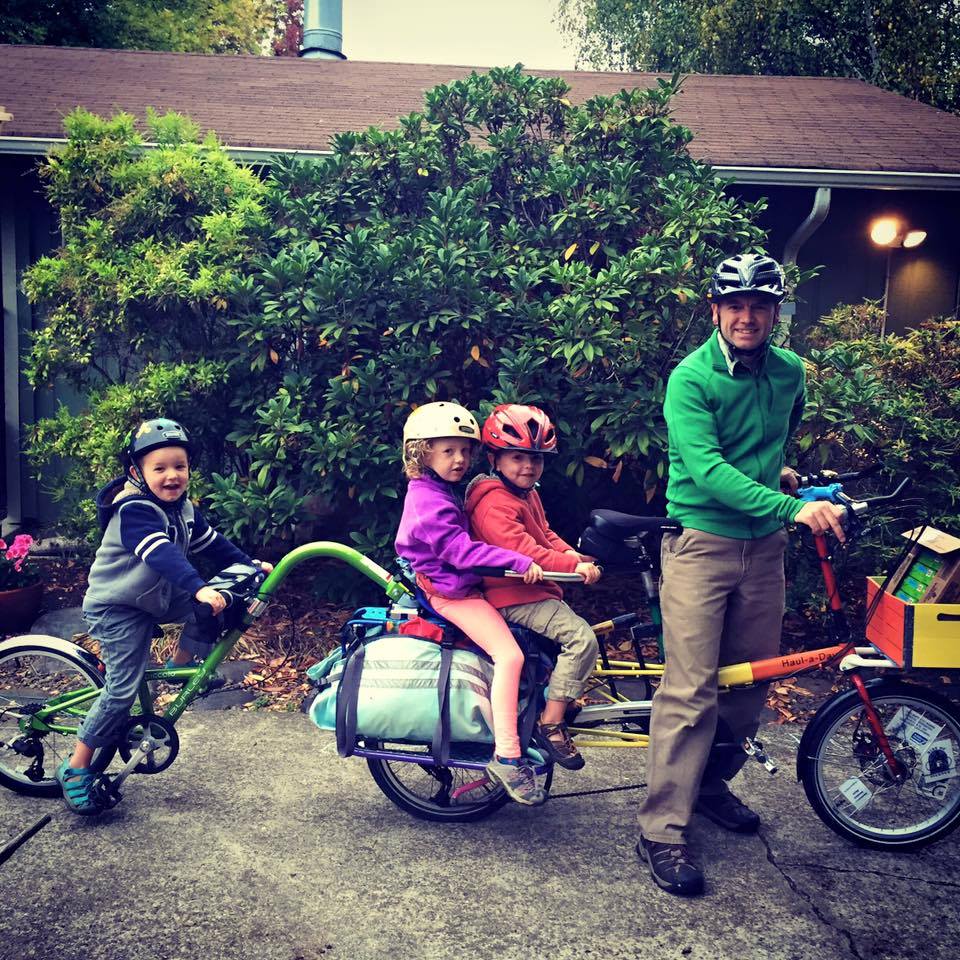 Judging by the response of the riders, the OSATAs are just the type of bike they are looking for to use as fleet bikes.

For educational fleets, the OSATA offers a simple design with 8 speeds and front and rear hand brakes.

In the Safe Routes to School programs, instructors got into a school with bikes and teach an entire class how to ride safely. MacRhodes says it’s very beneficial to have a fleet of identical bikes, to avoid the fight over who gets which bike. 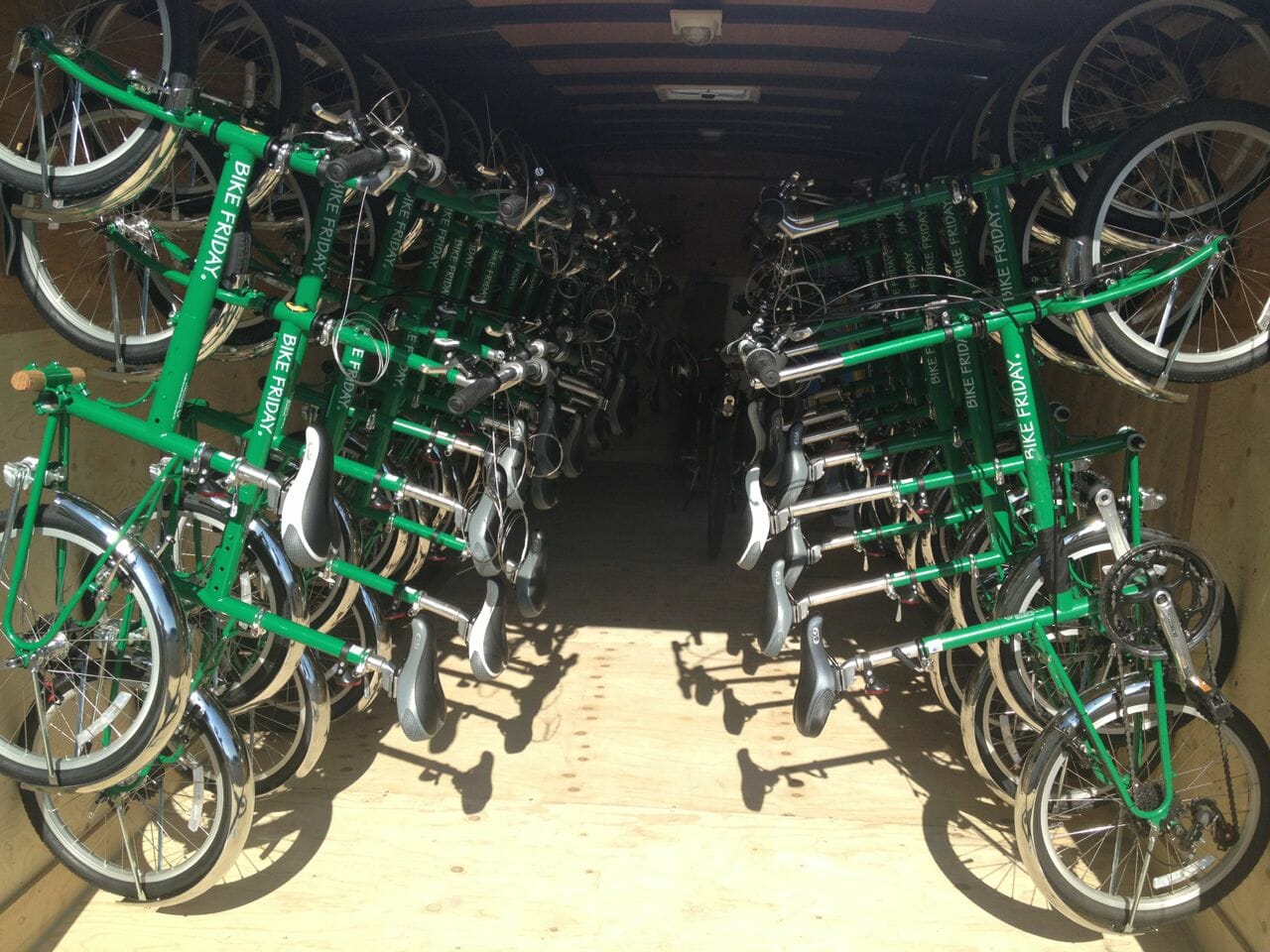 3 thoughts on “OSATA at SRTS”