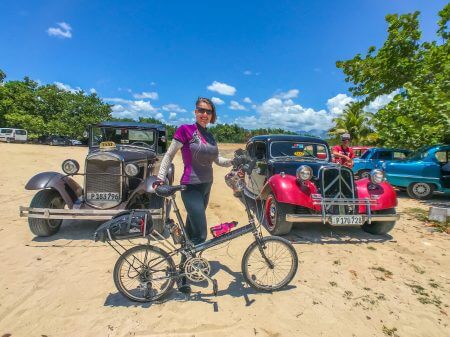 Cassandra Brooklyn is a New York City-based travel planner and tour operator specializing in off-the-beaten-path trips to Cuba and Mexico that emphasize biking, hiking, and cultural exchange. You can find more bike tour and trip information on her EscapingNY website or by following her on Facebook and Instagram.

Bike used on this adventure was a Bike Friday New World Tourist.

If you would have told me a year ago that I would be bike touring by myself across Cuba this year, I would have thought you were crazy. Though I’ve been a daily commuter for 12 years, lead a Food and Cycling group in New York City, and have ridden several century tours (on a single speed!), I had very little bike touring experience. Sure, I had gone weekend bike-packing to campgrounds in New York state and did a 5-day bike tour around Cape Cod, Massachusetts, but those were very short trips, all completed with friends, within 250 miles of my home in Brooklyn, New York. I will be honest with you, when I decided to bike tour Cuba by myself, I was flat out scared and worried I would die of heat exhaustion along some abandoned highway in the middle of sugar cane country. 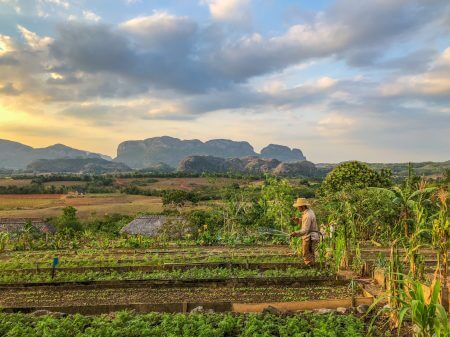 When I began leading group tours to Cuba in 2015, I quickly began attracting a lot of cyclists so I launched bike-themed tours dubbed “Cuba: Cycling, Cigars, and Classic Cars”. We took cars in between cities and rented bicycles to ride around attractions within cities. There’s no better way to explore Havana’s energetic streets, Vinales’ tobacco fields and farm-studded valleys, or the Bay of Pigs’ quiet back streets than by bicycle!

Interest in cycling Cuba is growing so I wanted to explore the country by two wheels so that I could expand my tours to include proper bike tours in the future. I was also eager to return to some of the far-flung regions and lesser-visited provinces that I had backpacked and hitchhiked through a few years ago. I considered using my Surly long-haul trucker touring bike but instead opted to get a Bike Friday New World Tourist. I wanted to be able to throw my bike on a bus (or truck, or tractor, or horse carriage!) if I needed to save time. I also didn’t want to deal with a bike box since I planned to fly into Eastern Cuba and fly out of Western Cuba and I didn’t think the box could handle the trip. Bike Friday was the perfect solution!

I started my tour in Eastern Cuba, visiting sleepy fishing villages and swimming holes in Holguin. I then headed to ancient Taino burial grounds and quiet beaches in Guantanamo and on to countless historic revolutionary sites and Fidel Castro’s grave in Santiago de Cuba, a lively city that hosts a wild carnival each summer. In central Cuba, I returned to the Bay of Pigs, the site of the infamous failed US invasion and some of the best assortment of government-sponsored propaganda billboards in the country! I rode north to Varadero, the country’s first and most famous beach resort town, perhaps the only place on the entire island where you’ll find a five-star resort that is actually five stars. I opted for a casa particular, a B&B run by a local, then pedaled west to Havana to scout some new rides for my group tours. 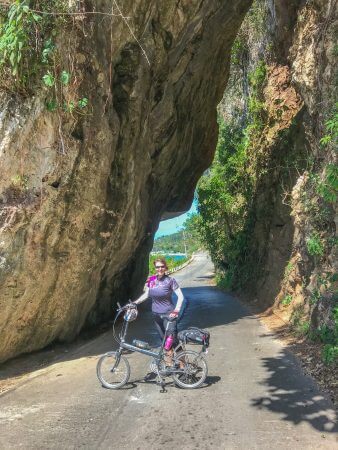 One of my favorite parts of the tour was riding along Cuba’s northwest coast, between two of the country’s most popular tourist cities, Havana and Viñales. While hundreds of tourists crammed into tour buses and rusty classic cars that sped along the main highway – the most direct route between the two cities – I opted for the meandering northern coastal route, where I typically had the road to myself as I enjoyed ocean breezes, beach views, and spectacular mountain valleys. Though my group tours to Cuba always include a bike ride through Viñales’ magical tobacco valleys, this was my first time arriving in the city by bicycle, offering views that no 1950s Chevy can compete with! Instead of heading directly back to Havana along the main highway, I took another detour to visit a VERY mountainous region known for its waterfalls, swimming holes, orchid garden, and the country’s first eco-hotel. 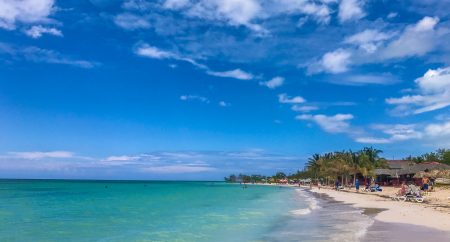 Road conditions in Cuba vary dramatically but being a New Yorker, I’m very accustomed to dodging potholes so I didn’t encounter much trouble. Because my Bike Friday folded up so easily, I threw it on a bus or strapped it to the top of a classic car a few times to skip some of the longer stretches of gravel in Guantanamo and Santiago that are known to cause tons of flat tires. May is rainy season in Cuba so I rode through my fair share of rainstorms. Note to self: pack fenders next time! On several occasions, a pick-up truck picked me up during a downpour and drove me to somewhere I could find cover. Again, I was grateful that my Bike Friday fit so easily into their vehicles. 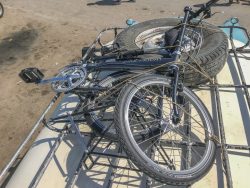 I was fortunate to not run into many mechanical problems during my tour, though I did lose my helmet the first day! I suspect my taxi driver unhooked it from my backpack on the drive from the airport, but I was able to borrow a helmet a couple weeks later and use it the rest of the trip. What we consider “everyday” bike tools and gear can be difficult to impossible to come by in Cuba so I brought absolutely everything I thought I may need (except fenders!), including tubes, spokes, spare washers and bolts, tire levers, lube, a multi-tool, and a wrench. Equally as important as bike tools are a tube of sunscreen, which can be surprisingly difficult to come by in a fiercely sunny country. Check out my How to Pack for Cuba blog post that goes over some essential items to take on your next trip.

Most bike shops in Cuba buy their bikes off foreign bike tourists and don’t receive shipments from manufacturers so it’s very unlikely you’ll come by a bike box in the country. Many bike tourists leave their bike box or suitcase at the casa particular they stay at then return to box it up at the end of their trip. Since I flew into and out of airports that were 450 miles apart, this wasn’t an option. I brought my bike suitcase on the bus with me from Eastern Cuba to Western Cuba, then had a taxi driver I work with bring it to Havana for me while I biked along a different route. I don’t recommend sending your bike box with just anybody but there are many trusted taxi drivers who would be happy to transport your box should you fly in/out of different cities.

Over the summer, I will write more blog posts about my bike tour, touring alone as a female, and about some of my favorite, less-visited parts of Cuba, like Baracoa, a small town in Guantanamo famous for chocolate, coconut “cucurucho”, and the country’s largest national park. You can follow my adventures by signing up for my monthly Adventure Newsletter or following me on Facebook, Instagram, Youtube, or Pinterest. If you’re interested in joining my next bike-themed group trip to Cuba or you’d like help planning your own trip adventure, shoot me a message on my EscapingNY website! 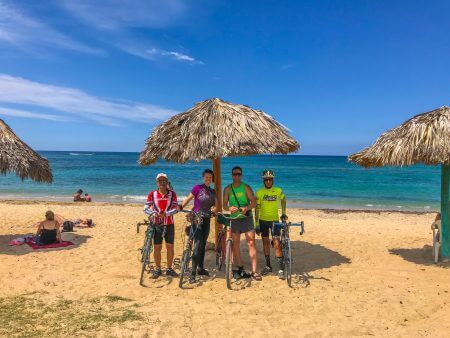