A Bike Friday Story Almost as Old as we Are! 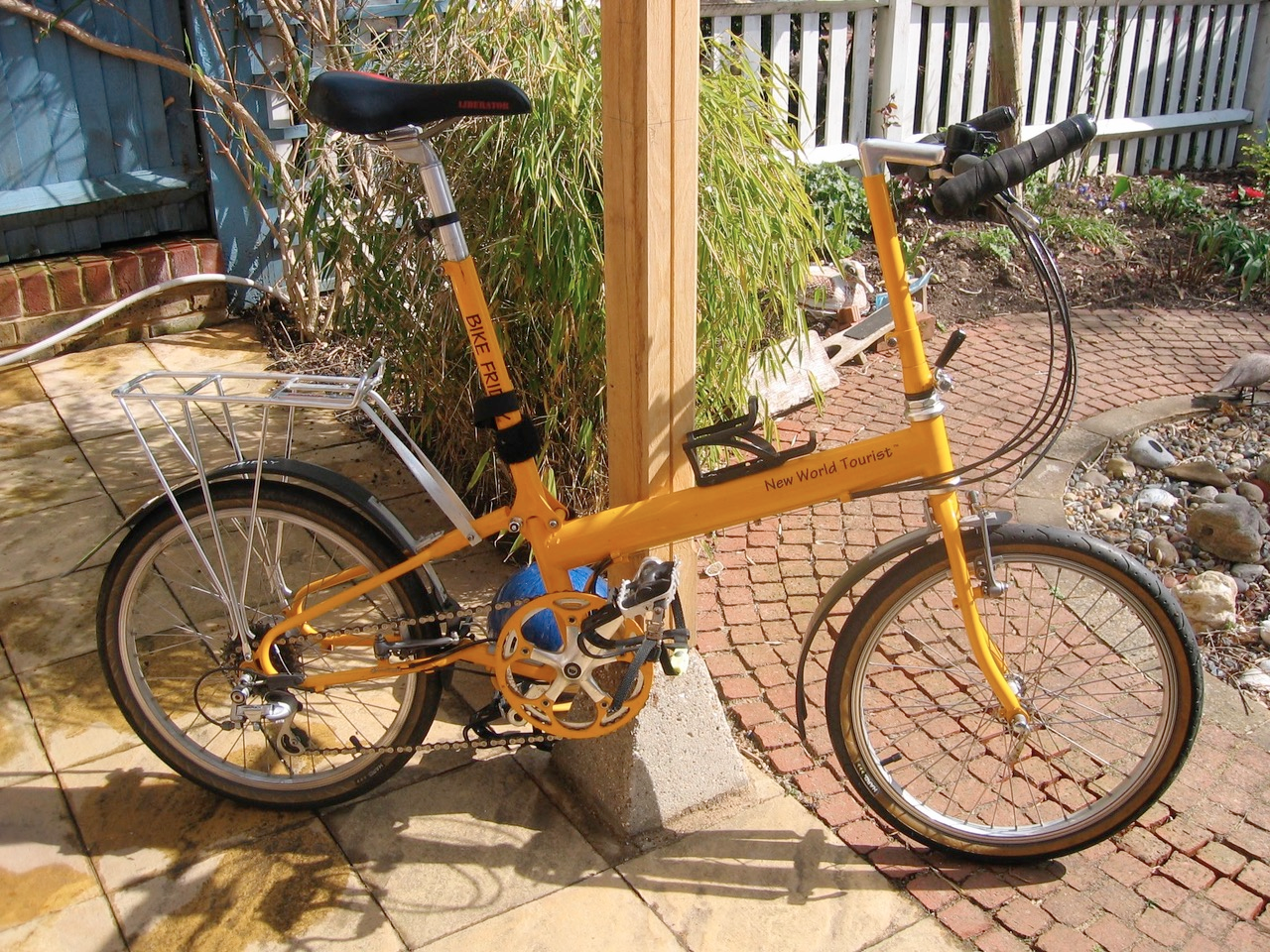 To help celebrate, we asked the Bike Friday Community to share some of their favorite stories. We just received this  great note from David B. in the UK:

My Bike Friday story goes back 24 years, not quite 25, but close (25 by association)

I am from the UK. While biking from Alaska to California to raise money for charity in the summer of 1993, I ran into another cyclist on the road on the Oregon coast. I had actually tried to avoid her because she was obviously a local not a tourist (no panniers). We became friends. She introduced me to her parents (Bill and Bonnie Brod) whom knew Hanz. I was a guest at their home, and they had a pair of the original Bike Fridays, with the two tubes rather than the single.

They were very keen I take one of the bikes for a ride. I was extremely resistant, and refused for a number of days. I was committed to my traditional 700c touring bike, and wasn’t ready to be seen riding something with small wheels. One has to remember that back then this was pre Brompton explosion etc etc. Small wheels were in my mind to do with granny shopping bikes – at least this was from my English biking upbringing.

After a few days I relented and took the Bike Friday for a ride. Within the hour I had decided it was the best bike I had ever ridden and and I wanted one. I still had to complete my journey to California and finished up with a trip around the Olympics on my 700c bike.

On returning to the UK I contacted the UK dealer by phone (no internet back then!). I discovered the price – way beyond my budget!

Six years later on receiving some money as a wedding gift, my wife and I ordered a pair of custom NWT’s. And made the three hour journey to the dealer twice, once to order, and subsequently to collect. This was 1999. Both bikes are still in regular use today.

In 2006 I sold my NWT on eBay, as is was at that time a bad memory of my failed marriage.
Quite by magic/chance it returned to me several months later – much the worse for wear!
I returned it to the factory for a respray and rebuild. This made it into a new bike for me (the marriage association gone). 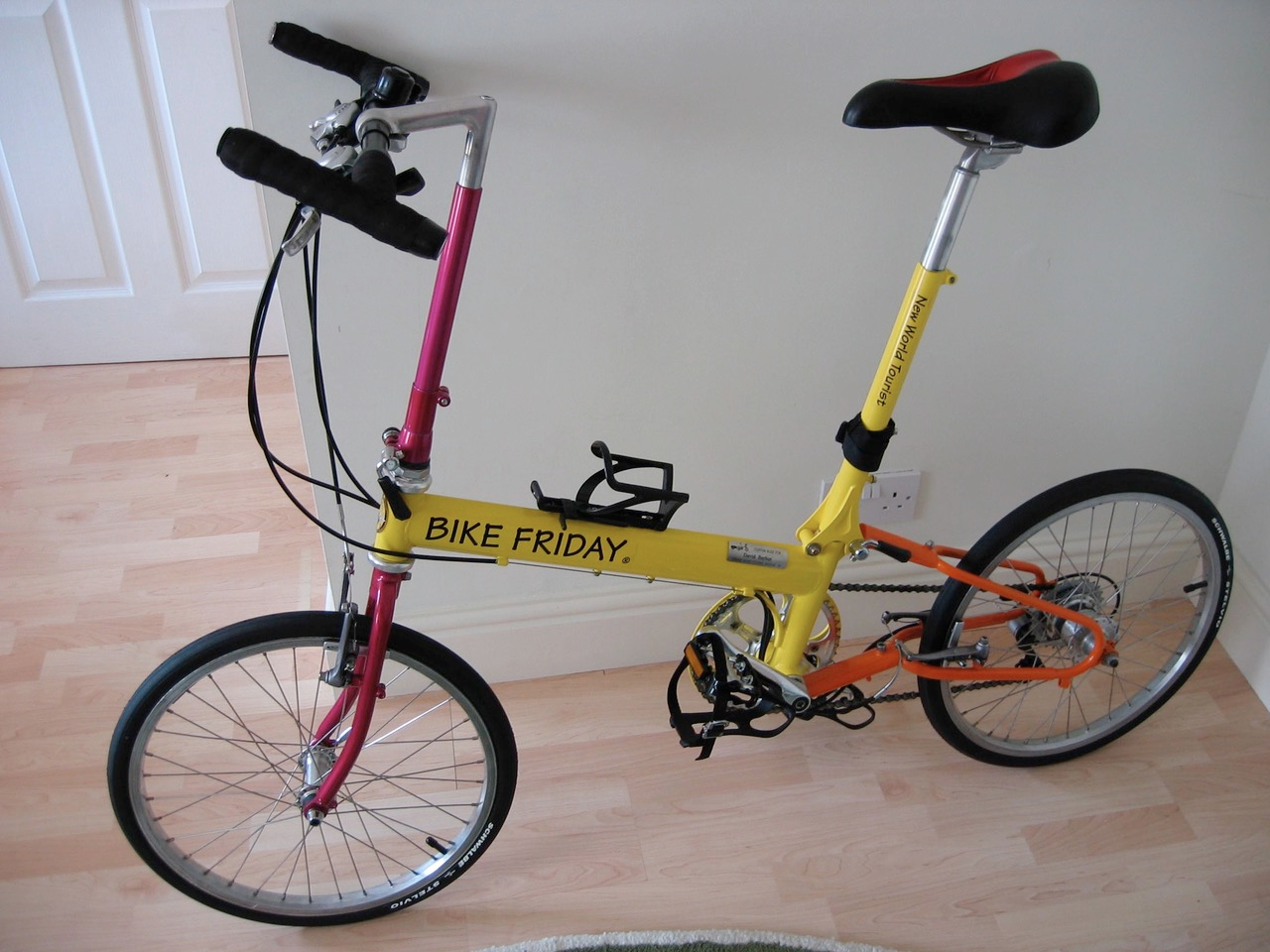 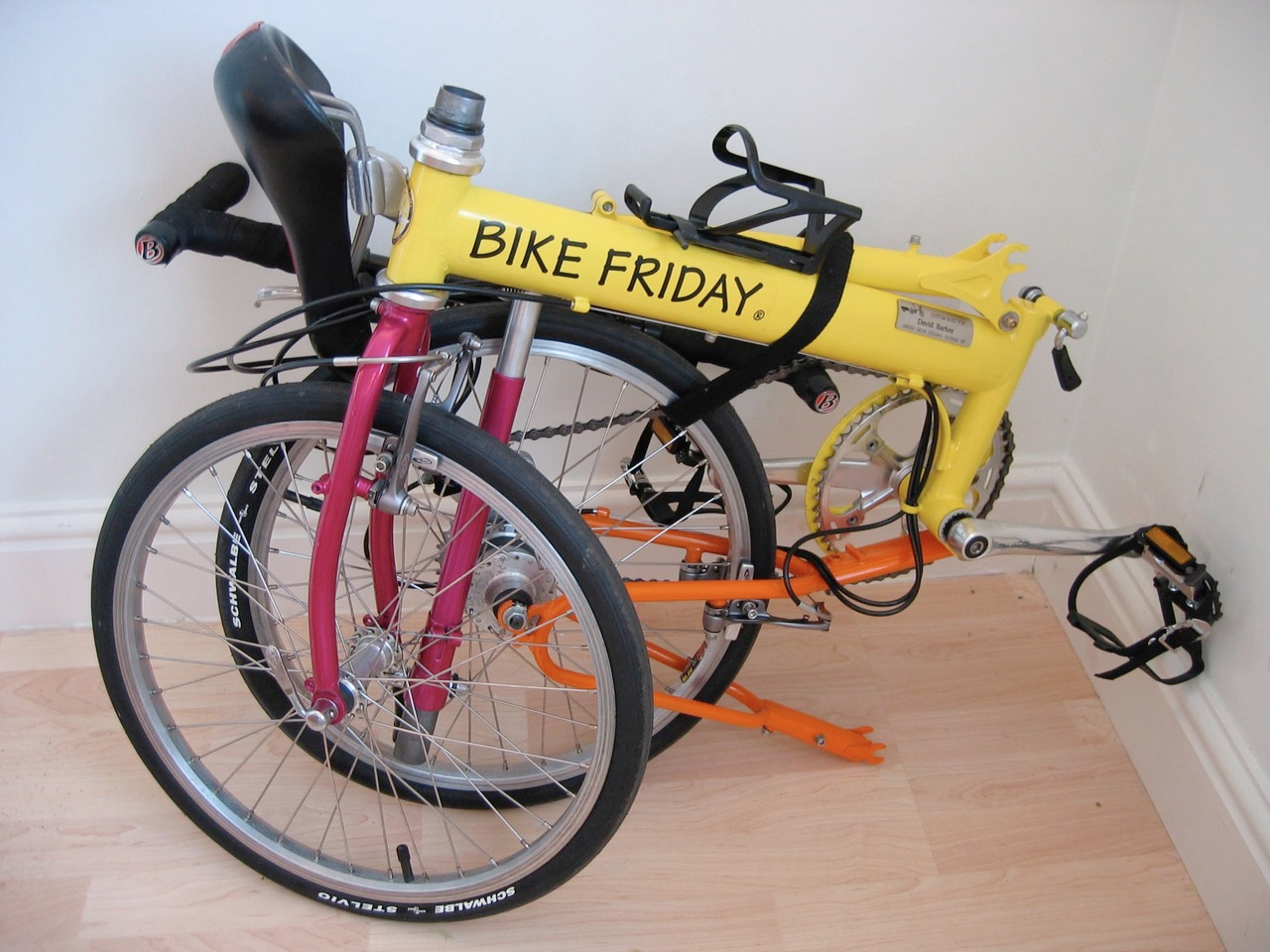 In the last 18 years I have bought and sold several 700c and 26in bikes. Each time thinking I might go back to big wheels, and each time coming back to the Bike Friday, nothing else has endured.

In 2008 I made a pilgrimage to the factory in Eugene. I bought two Tikits (I brought back to the UK with me). A standard one as a gift, and a Carbon Express for me (which was unfortunately stolen), I miss that bike – it was so very pretty in red and black/carbon. 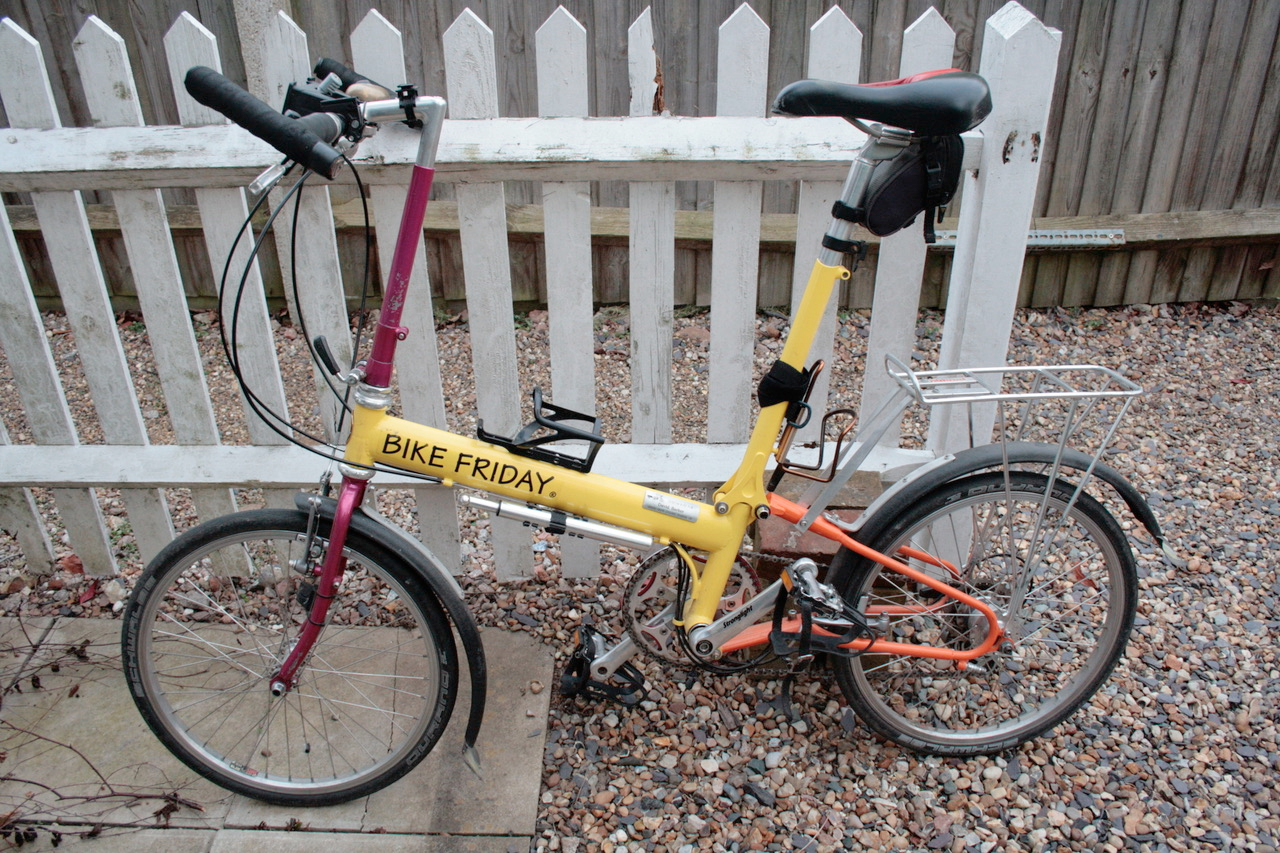 Sometimes I think about a new Bike Friday, but what would happen to my NWT? I love it so much, it has been through so much with me. Done thousands of miles, had almost every component beside the brakes and the wheels replaced. I imagine eventually spare parts for the 21 speed dual drive will become unobtainable, and this will precipitate a replacement. Though I do wonder if it will outlast me! Not great for your sales, but speaks volumes about the quality.

Thank you for producing the best bike in the world.

Have a Bike Friday story you’d like to share? We’d love to include you in our ongoing 25th Anniversary celebration! Email us with your favorite moment, story, or photos: info@bikefriday.com

2 thoughts on “A Bike Friday Story Almost as Old as we Are!”